In the bribery case, Ugarte was convicted of fraud and money laundering charges for his involvement in a pay-to-play trucking scheme where prosecutors alleged that Ugarte was one of 10 defendants who paid approximately $1 million in bribes to the Utah FedEx Ground hub manager to exploit his position and improve their own businesses.

In the plea agreement, Ugarte admitted to bribing the FedEx Ground senior linehaul manager, Ryan Lee Mower, with approximately $490,000, which netted his trucking companies more than $24 million over a seven-year period between 2012 and 2019. In exchange for the bribe payments, Mower awarded Ugarte's companies with several routes from FedEx Ground that Ugarte would not have qualified for under FedEx’s established policies.

In the second case involving PPP loan fraud, IRS says Ugarte pleaded guilty to submitting a fraudulent loan application to the Small Business Administration through the Coronavirus Aid, Relief, and Economic Security (CARES) Act. Ugarte admitted that he fraudulently obtained $210,000 in PPP loans after failing to disclose that he was under federal indictment for his role in the fraudulent trucking scheme.

Interstate closure planned in Minnesota this weekend
Drivers traveling on or near I-694 and I-35W in the northern Twin Cities metro area will encounter several closures beginning Friday night, April 9.

Minnesota DOT crews will close westbound I-694 between I-35W and Long Lake Road in New Brighton beginning at 10 p.m. Friday through 5 a.m. Monday, April 12. The closure is needed for crews to replace a drainage pipe beneath the westbound lanes of I-694.

Westbound I-694 traffic will be detoured around the closure via southbound I-35W to westbound I-94.

MnDOT is encouraging truck drivers to avoid the area and use alternate routes as much as possible this weekend.

The truck stop is located along I-94 between Madison and Minneapolis. 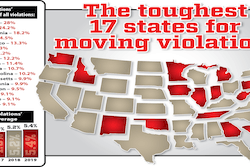 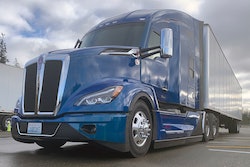 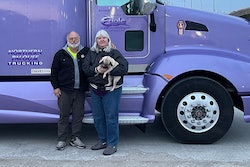