The Federal Trade Commission has filed an administrative complaint against FleetCor and its CEO, Ronald Clarke, for charging customers “hundreds of millions of dollars in mystery fees associated with fuel cards.” FleetCor is the parent company for several fuel card service and payment solution providers.

According to the FTC, FleetCor, marketing under the “Fuelman” brand name (and through co-branded cards with businesses around the country) falsely told its business customers that they would save money, be protected from unauthorized charges, and have no set-up, transaction, or membership fees. FTC alleges that, in reality, and according to FleetCor’s own records, customers generally have not achieved the advertised per-gallon savings by using FleetCor’s cards.

The FTC filed suit in federal court against FleetCor and Clarke in December 2019, alleging that they charged hundreds of millions of dollars in hidden and undisclosed fees to their customers after making false promises they could save customers on their fuel costs. However, in a ruling earlier this year, the Supreme Court determined that the FTC was not able to seek redress for consumers under section 13(b) of the FTC Act. In an effort to ensure that the agency’s case against the fuel card marketer is still able to recover money lost by consumers, the FTC has filed a new administrative complaint which alleges that FleetCor and Clarke violated section 5 of the FTC Act.

“FleetCor fleeced its customers out of hundreds of millions of dollars through its dishonest practices,” said Samuel Levine, Acting Director of the FTC’s Bureau of Consumer Protection. “The FTC will do everything it can to get money back to FleetCor’s business customers and unsuspecting fuel card users by refiling this complaint administratively. We will also continue to work with Congress on a broader legislative solution following the Supreme Court’s decision in AMG, which has hindered our ability to recover redress for families and honest businesses.”

Following the success of last year’s virtual winter concert, Truckers Christmas Group (TCGO) embarks on a new tradition for 2021 by adding a virtual summer concert to their outreach program and fund-raising efforts. The theme for the year’s summer concert is UnChristmas – and will focus on Christmas songs sung by musicians Laura Joy, Ken Freeman, and Jeremiah Craig. Each musician will play a 15-minute set during which they will sing covers of Christmas songs. The concert will be available on TCGO’s Facebook and YouTube pages, as well as being broadcast on TNCRadio.live.

Similar to last year’s winter concert, this year’s summer concert hopes to provide over-the-road drivers with the experience of attending a concert virtually, since most do not have the opportunity to attend live events. While the main goal of this concert is to provide truckers with entertainment, fun, and as an appreciation for all their hard work, this concert also provides TCGO with a fund-raising opportunity to reach a larger audience and kickstart the effort toward their 2021 goals.

Mark Abraham, the president of TCGO, noted that “over the last several years we have been encouraged to start raising awareness and other efforts earlier in the year. This year, after much discussion, we decided to do an UnChristmas event in August. The word Christmas before Halloween made several of our volunteers shudder in horror," yet "we also know that many other great organizations do Christmas in July events and we did not want to distract from them and their efforts."

The PR elves, in essence, "came up with UnChristmas," Abraham added. 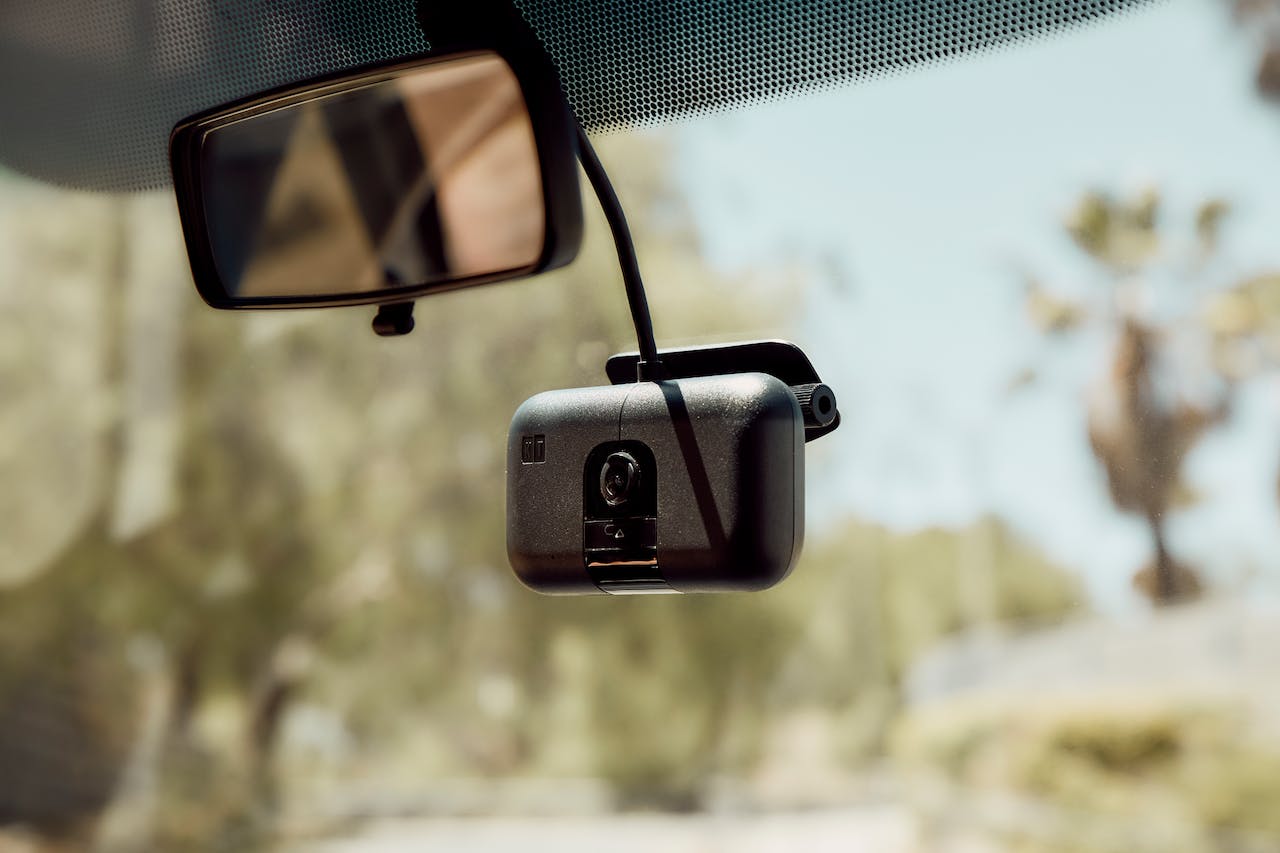 According to the company, the AI-based detection for driver distraction and close following enables the AI Dashcam to combine multiple key recognition components -- cell phone use, driver fatigue, seat belt monitoring -- into the platform.

KeepTruckin’s event intelligence technology and in-house safety team analyze each AI Dashcam video within seconds to determine the context and severity of each event. Videos that do not represent real risk are filtered out, and remaining video footage is prioritized based on risk levels. Upon completing a trip, drivers are automatically coached on correctable behaviors, enabling safety departments to increase efficiency.

The system also creates a risk score for drivers, which KeepTruckin calls a DRIVE score. The proprietary DRIVE risk score provides a holistic view of the performance of a driver and benchmarks every behavior against the KeepTruckin network of more than 400,000 connected vehicles. DRIVE claims to pinpoint specific behaviors to coach, while simultaneously identifying safe driving behaviors, so incentivizing top driver performance and driver retention is made easier.

[Related: How to make the decision to accept your fleet's camera -- or not]

Xperi Holding Corporation announced that HD Radio technology is expanding into commercial trucks, and receivers will be available on the digital dash display of the Freightliner Cascadia beginning in the first quarter of 2022.

HD Radio technology is a digital broadcast system for AM and FM radio stations. It broadcasts a digital signal over traditional radio frequencies, allowing for up to three additional channels of new audio programming with crystal clear, static-free sound, as well as on-screen information such as: album art, station logos, song and artist info, traffic, weather and critical emergency alerts. 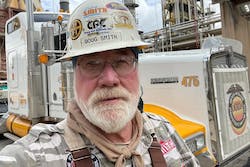 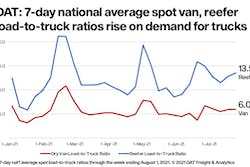 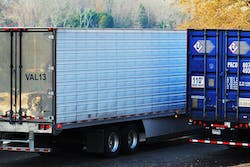 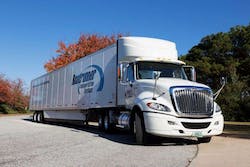