Longshoremen walked off the job at the Port of Oakland, California, on Wednesday morning as International Longshore and Warehouse Union negotiations, ongoing since July, stalled out, leaving local drivers stopped at the terminals.

An email from the Port of Oakland to a local fleet owner said that the port's Everport, TraPac, OICT and Howard Terminal were closed on Wednesday morning while the Matson and Shippers Transport Express terminals remained open.

A spokesperson for ILWU denied the walkoffs were an official action of the union. "I don’t have any information on Oakland today; if there is something happening there it would be a local issue and not a coastwide issue."

Local media posted video of workers walking off the site.

AB Trucking small fleet owner Bill Aboudi said the shutdown left him in wait-and-see mode. “My guys made it in and out, but by the second move they couldn’t get back in. We’re completely shut down," said Aboudi.

Since the shut down, he's “started advising customers that we’ll be missing appointments tomorrow because we can’t make the appointments today,” he said. On his way into his yard very near the port, he saw mostly bobtails exiting the line-up there, which he speculated were Sacramento-area-based carriers who might otherwise be returning with a load.

“Hopefully,” Aboudi said, “it’s just a one-day thing," though he expressed doubt that the ILWU issues would get sorted out in the near term, or be limited to just the Port of Oakland.

Aboudi casted about for any sort of silver lining, though, as he quipped, “we’ll be saving some diesel, so hopefully we can get the supply up to 30 days’ worth of diesel.” 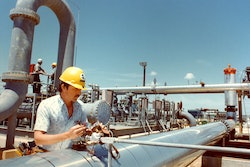 Only 25 days of diesel left? 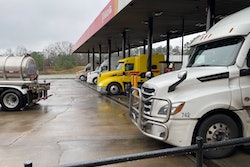 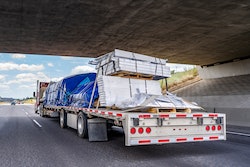