North Carolina troopers say a 164-foot tractor-trailer and a passenger train collided recently after the trucker failed to negotiate a left turn at an intersection preceded by a railroad crossing.

Fifty-five Amtrak passengers sustained non-life threatening injuries from the 12:15 p.m. March 9 accident near the small town of Halifax. The highway patrol was escorting the oversized combination on N.C. 903 when the driver tried to turn left onto U.S. 301.

When that failed, trucker John Devin Black backed up to perform a wider turn, but railroad crossing equipment indicated an approaching train. The 43-year-old Claremont resident then attempted to pull forward, but was struck by the approaching train.

The impact caused the locomotive and baggage car to derail. No charges had been filed against Black, who was not injured in the crash. Black drove for the Greensboro-based Guy M. Turner, Inc., a specialized carrier of heavy and oversized equipment.

Reports from national media outlets in recent days have questioned Black’s criminal and citation background, however. AP has reported Black show multiple convictions for child abuse, assault and more, along with citations for permitting violations, speeding and more.

Black was transporting a nearly 16-foot-tall electrical building from Clayton to the Virginia line. The gross weight of 255,000 pounds was distributed on 13 axles, according to the single trip permit.

The carrier had furnished two escorts in addition to the trooper escort, in compliance with state law. The 161-truck company has an out-of-service rate of 1.9 percent, compared to the U.S. average of 5.5 percent and a driver OOS rate just below the national average, according to the DOT Compliance, Safety, Accountability website.

The northbound Carolinian 80 had been traveling from Charlotte to New York City. The crash occurred at a crossing equipped with gates and railroad-preempted traffic signals, said the Federal Railroad Administration.

Federal and state officials are continuing the investigation. 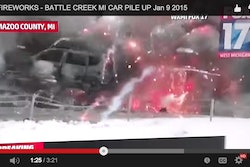 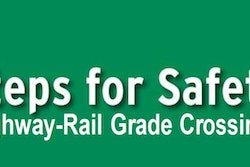 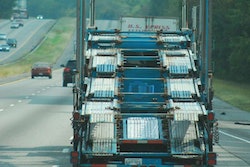