In the video above, Duncan goes into some of the biggest differences between the new rig, unveiled last week, and its predecessor. These include a wider and quieter cab, improved fuel economy and more.

Additionally, fans of the W900L should rest assured that the classic truck isn’t going anywhere any time soon.

“As long as there’s a demand,” Paccar vice president and Kenworth general manager Mike Dozier told Quimby. “I talked to somebody last night and equated it to the 660. The 660 was on the market, part of the portfolio with the 680, for probably the better part of five, almost six years.”

The W99o, as reported last week, is available in day cab, 40-inch flat top, and 52-inch and 76-inch mid-roof sleeper configurations, and it comes standard with Kenworth parent company Paccar’s powertrain, which consists of the MX-13 engine (rated up to 510-hp and 1,850 pound-feet of torque), a 12-speed Paccar automated transmission and Paccar 40K tandem rear axles.

Quimby’s coverage of the truck’s introduction can be found here. 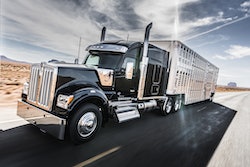 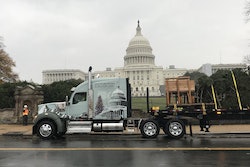