If you know Mike “Mustang” Crawford, Overdrive‘s 2010 Driver of the Year, you probably hear from him from time to time with an epic, often quite hilarious story. Last time we checked in on the Prime-leased Missouri owner-operator here Crawford told of his rig’s accidental involvement in the Miami MLK Day parade.

Just yesterday, though, he called with another heck of a tale while I waited for an Omaha Orange-painted Bluebird bus (pictured) to ferry me to a demo at Schneider National’s Driver Training Center in Green Bay, Wis., about which you can expect more later (let’s just say for now it involves former Kansas Governor/current ATA president making the wrong reaction to a blown right steer tire in a driving simulator and me piloting a very real Freightliner Century, my first such behind-the-wheel experience).

“The other day,” Crawford says, at the start of a new day at the truckstop, “I got up, got dressed, sat up in the seat, and was going to start my logbook when I noticed my thermos was empty.”

So Mustang did what any coffee drinker would when staring in the face of a long haul, he went into the truckstop, filled up the mug and approached the counter to pay for the refill. And here’s where it gets interesting:

“When I reached for my wallet,” Crawford says, “I realized that SpongeBob Squarepants boxers do not have pockets.”

That’s right, in his haste to get dressed, he’d neglected to put on his pants.

“Nobody even noticed” anything was wrong with a grown man wearing the boxers his grandkids gave him proudly, for all to see, he says. “I think I’ll take a pair of my SpongeBob Squarepants drawers and make them a flag to hang on my antenna — that’ll be my official flag as Driver of the Year.

“I enjoy cartoons, and I enjoy sitting there watching SpongeBob with my grandkids, and hey, even in my truck by myself.” 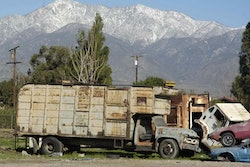 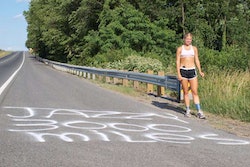 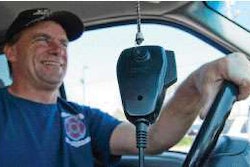 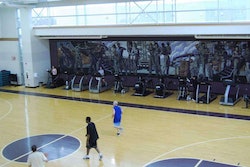