A coffee for St. Christopher

What says trucking more than a good cup of coffee? Though I haven’t done much coffee-related reporting since the March 2008 Truckers News story probing haulers’ coffee preferences, I suspect that with the turmoil we’ve all seen in the economy since that time, the 16 percent of drivers reporting they made their own brew on the road have been joined by many others today. This morning, I thought you’d appreciate, I myself had a few cups of a brew from Nicaraguan fair trade beans medium-roasted by the Murfreesboro, Tenn., roaster Just Love Coffee — the coffee is spicy and

nicely acidic, with top notes of chocolate, to my tongue…just right, in the end. And what makes it even better is that 40 percent of the $12.95 I spent on the bag of beans went directly to benefit the St. Christopher Truckers Development & Relief Fund, the Knoxville, Tenn.-based nonprofit helping truckers in medical emergencies in both logistical and in some cases financial ways. You’ll be familiar with them as the beneficiary of Jasmine “Jazzy” Jordan’s cross-country run, which she completed in June.

Just Love Coffee, for its part, was founded by Rob Webb, who’d been inspired to help families and organizations in need of whatever sort of financial assistance after adopting his two children. He took his passion for coffee and combined it with a business model that allows partnering organizations to host their own Just Love Coffee storefronts online to sell various roasts, a portion of the proceeds then going to help fund said organization’s efforts.

Executive Director Donna Kennedy hosts the St. Christopher Fund storefront at justlovecoffee.com/stchristopherfund, where among other roasts they’ve recently launched a special Tyrus Morgan roast, named after the SCF board Vice President and Tonecrash recording artist. Purchase of the “Silence Speaks” blend comes with a copy of Morgan’s debut record on CD (pictured). 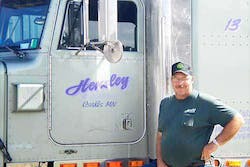 A driver so good the shipper gave him his own desk 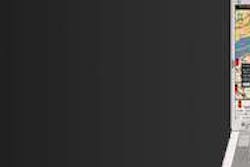 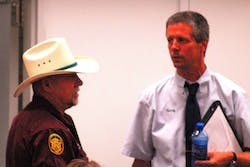 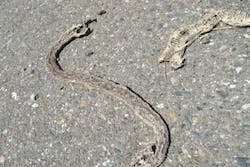