Federally mandated changes to the design of local/state governments’ corner road signs — requiring mixed capital/lower-case type treatment with more reflective lettering, in effect a complete overhaul of existing signs the nation over by 2018 — have been in the spotlight over the last couple days as a prime example of a wasteful culture in action.

“The federal government says THIS is harder to read than This,” ABC News reporter Jonathan Karl wrote yesterday. “Got that?  ALL CAPS are bad.  Mixed Case is Good.”

Seems that the lynchpin of short-term change here is not in the capitals, though, but rather the height of the letters, which should be boosted from the previous standard of 4 inches to 6, increasing sign size and — it can be assumed — cost by 50 percent and sending compliant local governments into overdrive, no pun intended, as they attempt to finish sign overhaul programs by January of 2012. Mixed capitals/lowercase letters are only required when signs are replaced for other reasons, for now.

The pictured signs, at a Nashville corner up the street from me, are good to go, with letters closing in on 8 inches high, begging the question: Much ado about nothing?

Not come 2018, when new ultra-reflective letters will be required for most all signs. Facing continuing economic hardship for the immediately forseeable future, local governments are crying foul. Ray LaHood, in response, yesterday called for a 45-day public comment period, opened up via www.regulations.gov — a site truckers are well familiar with. If you have thoughts on the coming sign-overhaul mandate, make them known. 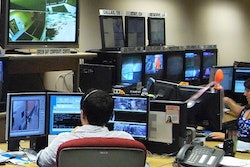 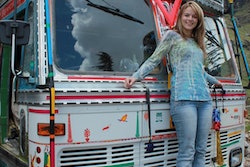 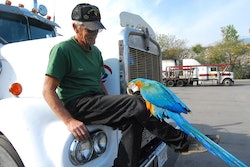 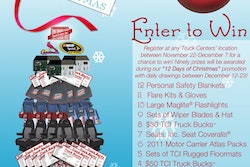