We’ve brought it up from time to time here, no doubt — no secret that the large majority of on-highway accidents involving large trucks follow an initial mistake made by the driver of a four-wheeled vehicle of one sort or another. By and large, truck drivers are justified in holding a desultory opinion of the piloting abilities of the motoring public writ large, and most keep it high in their minds navigating the nation’s highways, leaving wide berth whenever possible for the speed demons, tailgaters and others.

But when MSN Autos’ correspondent Charles Plueddeman wrote several days ago that “they are frequently the source of aggravation and even fear,” he wasn’t talking about four-wheelers. Rather, he was leading into a listing of what exactly “annoys [auto drivers] most about truckers,” drawing on the expertise of one astute Dr. William Van Tassel, a “manager of driver training programs for AAA.”

It’s an interesting little list, considering that some of the items included are some of the same complaints I hear from truck drivers most often about four-wheelers. Plueddeman at least acknowledges the two-way street that is four-wheeler/truck and driver-to-driver interplay out on the highway. “While it’s true that car drivers can be boorish,” he writes in the his piece’s lead, “truckers are far from innocent in the asphalt interplay between four- and 18-wheelers.”

The list follows. Fair? Or foul… All the mentioned situations have remedies most truck drivers are already well aware of, and in many cases practicing exclusively. At the least, consider it a little reminder of the particular concerns of your motoring cousins …

1. A trucker tailgates.
2. A truck’s tires seem to explode when driving down the road [producing gators].
3. Big trucks spray water all over the place, blinding everyone around them.
4. One truck pulls over to pass the other, and then they run together, blocking two lanes.
5. Trucks don’t slow down when it’s snowing.

If you have a motorist in your life who might benefit from some education in what it takes to safely drive a car around big trucks, read my post about Toby Bogard’s “Semi-Aware” book. 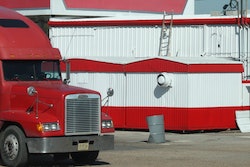 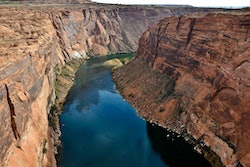 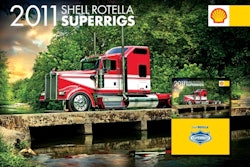 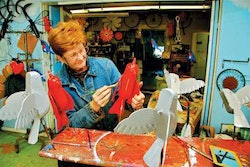