After public outcry over the severity of the life prison sentence handed down to a hauler of agricultural commodities for evading road tolls in China, the Chinese government is reportedly revisiting the sentence and has put court officials who handed it down under investigation themselves, according to this AP report on the subject.

The hauler, Shi Jianfeng, had apparently gotten around $560,000 U.S. worth in tolls by running two trucks with fake military license plates. Military trucks are exempt from tolls in China, AP says.

The story, reminiscent of this piece about a U.S. hauler’s creative evasive of George Washington Bridge tolls, on this MLK day, makes one appreciative of the at least more appropriately-scaled justice we are offered as Americans, eh? CSA and due process questions notwithstanding, of course.

In any case, happy MLK day, all! Here’s a related piece some of you may well remember (republished from this post), a tale of last year’s MLK day on the road from Mike “Mustang” Crawford, our 2010 Trucker of the Year, now, I can report, operating under his own authority (more on that in future, no doubt):

Always a pleasure, it is, to get a call from Mike “Mustang” Crawford, the [then] Prime-leased owner-operator who is Overdrive’s 2010 Trucker of the Year. I got one such call just last week. Crawford told me about his truck’s recent inadvertent inclusion in preparation festivities for the Martin Luther King Jr. Day parade along 54th Street in Miami. “I got down there on Sunday afternoon,” he says, with a load of insulation on his flatbed. He and two other Prime drivers set off the next morning to load in West Palm Beach when they came to an intersection that was partly blocked off by police. “I looked to my right, and about five or six blocks down I could see trucks going by.”

Thinking it was a route to I-95, Crawford turned and took it and quickly found himself behind a pickup pulling a float on which dancers in African garb were performing. “I got to looking and they had gates up on the sidewalk, and there’s people behind them, a lot of people behind them.” It wasn’t yet time for the full parade, but for all intents and purposes, Crawford says, with the dancers in front of him and the crowd going wild, his tractor and empty flatbed was part of something special that day.

A spectator then yelled out, “Mr. Prime, what are you doing in my hero’s parade?”

As Crawford tells it, “I said, ‘He’s my hero, too! I just wanted to join the parade!’ A couple other people were waving, yelling, ’Hey Prime you look good up there!’ And my truck was clean. I’d washed it recently.”

Making the best of what might have been bad circumstances in another man’s hands has been a defining trope of Crawford’s stellar career…. 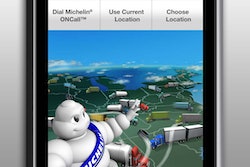 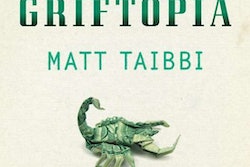 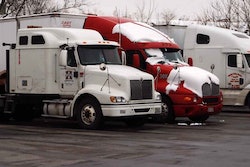