What’s that line at the end of the Canadian slapstick classic Strange Brew? It’s on the tip of my tongue…

Oh wait, I remember. The McKenzie Brothers, Bob and Doug, played by Rick Moranis and Dave Thomas, are given the keys to a big rig loaded with beer after saving the brewery’s day by averting an evil brewmeister’s plot toward world domination. Someone asks, “Do you know how to drive one of these things?”

“If it’s a 10-speed…” Bob begins, only to be cut off by his brother, who insists they do. Bob is distraught, well remembering what happened last time they got in a truck with Doug behind the wheel. (If you’ve seen the flick, you’ll remember the Whodini-like feats the brothers pull after that crash — and if not, well, you had to be there.)

Doug quiets him this way, whispering in an aside: “I’d never crash this thing, eh. This is a beer truck!”

If only such were always true — “A fully stocked beer truck slammed into a Columbus, Ga., building on Monday, creating a big mess and perhaps a little sadness for a few passers-by,” wrote the Atlanta Business Chronicle’s Carla Caldwell this morning. Driver Otis Adams had stopped at a fueling station to ask for directions. Apparently as he was inside, the truck got away from him and rolled “away from the store, down the road, and crossed the westbound lanes” of the Manchester Expressway, “the median, and the eastbound lanes before finally taking down a Georgia Power pole and slamming into the Dream Center Outlet and Thrift Store on Manchester Expressway and Rosemont Drive.”

No one was injured. No word on the condition of the cargo. If diesel keeps running up, we may need it. 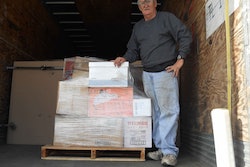 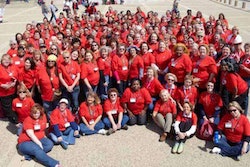 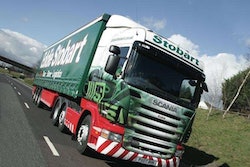 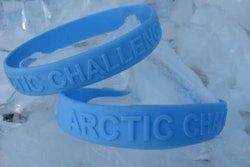