If you missed a feature about insurance costs I wrote for the August edition of Overdrive, it contained a brief item relative to how insurance companies determine customer risk — and as a result of that risk determination, premium rate pricing.

Canal Insurance Chief Underwriting Officer Paul Brocklebank made brief mention in the piece about the fact that the consumer auto insurance industry writ large is moving toward more frequent rate updates, utilizing GPS and other vehicle telematic technology to track actual mileage, for one. He noted that you could well expect commercial insurers to follow suit.

“Instead of guessing at what the miles driven every year will be,” he said, “let’s on a quarterly basis validate that and adjust the premium quarterly.”

The intent would be base insurance rates on actual performance rather than the guesswork that typically goes on in determine risk exposure now. “I think the insured owner-operator benefits” ultimately, Brocklebank contended.

Part of his reasoning is situated in delivering better value to the truly safe driver — things that capturing vehicle computers’ information could yield would be both safety-positive and -negative behaviors, which could be priced into insurance rates. Likewise, rates could better reflect economic activity on a real-time basis, offering more stability, for instance, for businesses with dwindling miles during an economic downturn — “It’s a more stable, fair way of pricing the product,” Brocklebank told me. “Fewer miles, less income, a lower insurance rate.”

The folks at ZoomSafer, makers of a fleet anti-texting solution whom I wrote about fairly recently on the occasion of a quirky promotional YouTube vid they had Marsh Carroll produce, explore in a new white paper the notion that so-called “usage based insurance” utilizing telematic data from the vehicle should be extended to monitoring mobile phone usage, which service ZoomSafer could likely be a facilitator of for insurers.

I’m not sure how accepting consumers and/or commercial-vehicle operators would be to such an idea. What do you say? Would it make sense for a carrier employing company drivers to include said driver’s in-motion cell usage in determining appropriate risk for the carrier’s insurance rate? How about for a well-experienced independent — to help determine his/her own?

Take a look at the ZoomSafer white paper — “Beyond Telematics: Extending UBI data to include mobile phone use while driving” — via this link. 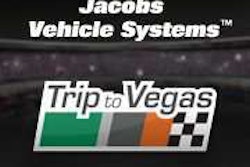 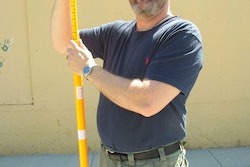 How high am I? AutoHaulerSupply.com has the answer 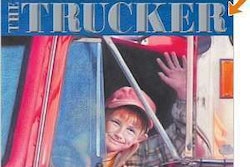 A couple for the kids: Truck, stop! Truck, go! 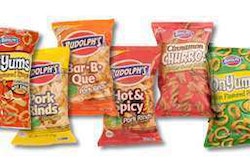