A self-proclaimed “proud trucker’s wife” is circulating an online petition she hopes to take to Congress and the President to create a September 16 National Truck Driver Remembrance Day for the sacrifices haulers have made for the country. It would be a public holiday, says Melissa Peranteau of Sunbury, Penn., in text accompanying the petition, and would remember “those that we lost,” she adds.

Her husband, owner-operator Jim Peranteau, is leased to Prime, Inc.

Here’s what else she had to say about the idea:

I am  the daughter of an ex-trucker and the wife of a present trucker. The idea for this came to be from knowing other people who have lost drivers they loved from either an accident, natural causes while in their truck, being robbed, or [otherwise]. Most people see drivers as a nuisance on the road and forget that it is because of these drivers that we have the things we need or want. I have seen many accidents where people have driven right past a truck sitting in a ditch and didn’t even bother to look, just got upset because traffic was backed up. And then there is no news story, not even a note about it.

Yet a car that hits the guard rail and the driver walks away makes for front page news.

I believe that truck drivers who sacrifice everything — their family, friends, and a lot of times their very lives — deserve to be remembered. They deserve at minimum a day to be remembered. Drivers serve this country in so many ways, and while we do have an appreciation week, that is more for the present truckers and not many people even know that exists. (I know that I didn’t until my husband began driving.)

I would love to have just one day for them, and I am trying to prove that a lot of other people care enough about this to make it happen.

You can sign the petition yourself via this page. The remembrance campaign is also on Facebook, here. 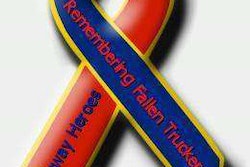 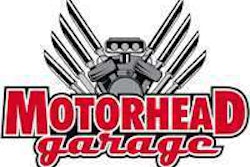 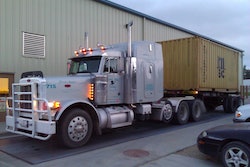