With notes of cautious, vague optimism coming from House/Senate conferees over progress made this week on passage of a highway bill that is more than just another months-long extension of old priorities, my inbox has lit up with notes from opponents of the proposal, originally included in the Senate’s two-year MAP-21 version of a bill, to increase the broker minimum bond level to $100,000. I wrote about it in the current issue of Overdrive. If you haven’t as yet, read it here. (Or click through the cover image at right for the digital magazine.)

Sources against the bill report a “latch ditch effort” by lobbyists to “get the $100,000 bond amount changed in the bill to $25,000,” the amount I noted as one favored by James Lamb, leader of the Association of Independent Property Brokers and Agents, a small brokers’ group. They believe the $100,00 figure is too high and would present an unfair burden on small brokerages that, in some cases, could put them out of business.

The $100,00 figure, as detailed in the story, is favored by both the Owner-Operator Independent Drivers Association and the Transportation Intermediaries Association, the latter the most prominent freight middleman’s association in the nation. OOIDA Executive Vice President insisted that the problem with serial late payment or nonpayment from brokers is not one associated with large brokerages, and that the higher bond would be an effective method of keeping bad actors out of the business.

Also in the Senate’s two-year bill, as I’ve written elsewhere, when it passed that house was a mandate for interstate carries to utilize electronic on-board recorders (EOBRs) for logging, which got a push last week from an alliance of organizations from ATA to CVSA and AAA. I wrote about that here last week, as well as considerable divergence of views among operators running the roads today.

Sources working against the broker bond increase worried that, if rumor is correct and the Senate has bent on the Keystone XL Pipeline, a pet concern of some House Republicans, then the MAP-21 bill could well be rushed through without much consideration of the other issues, the broker bond and EOBRs included.

EOBR opponents will be heartened to note that OOIDA President Jim Johnston at least has voiced the concern of the association over the EOBR mandate, noting in a letter to conferees the fact that EOBRs only automate the drive-time portion of logs, and can be used as a tool to mask on-duty/not-driving (but working) activity, in effect increasing hours noncompliance as motor carriers seek to maximize drive time. Find the full text of the letter here in pdf. 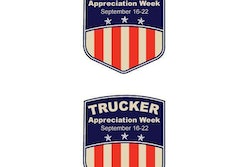