Megan Garber, writing on the website for the The Atlantic magazine, tells the story of a terrifying trip that began with a Frenchman’s run down to a grocery from his home in Pont-de-Mez, near Amiens. Driving a Renault Laguna specially equipped for his disability, Frank Lecerf “was going 60 miles an hour when the car’s speed dial jammed,” Garber writes.

Lecerf tried to brake. Instead of slowing, though, the car sped up — with each tap on the brake leading to more acceleration. Eventually, the car reached a speed of 125 mph — and then remained stuck there.

“For an hour,” Garber continues (emphasis hers).

The Frenchman would be stuck at 125 mph on that solid hour’s tour with a multitude of high-speed police escorts along the French coastline into Belgium, where the Renault went dry on fuel and came to rest, safely, in a roadside ditch in the town of Alveringem.

While it doesn’t appear to be the case here (press reports to date offer no clarity on it), many unintended acceleration events end up to be determined the result of that oh-so-uncontrollable of factors, “human error,” i.e. the guy with his foot on the throttle instead of the brake. However, the National Highway Traffic Safety Administration found enough evidence of problems in the technology associated with Toyota’s high-profile problems to last year propose requiring automakers to include “brake-throttle override” technology to help deal with entrapped throttles. (Download the full text of their Notice of Proposed Rulemaking here.) Essentially, the technology is as its name suggests — it would ensure brake application overrides  the throttle in all cases.

In the Notice of Proposed Rulemaking for the technology, NHTSA had this to say about incidents of unintended acceleration in heavy-duty trucks:

NHTSA’s complaint and crash data reports do not indicate a trapped pedal problem in heavy vehicles.

Trucks and buses often operate at full throttle during normal driving, and the acceleration rate of trucks and buses is significantly lower than for light vehicles. Additionally, most trucks have manual transmissions for which the clutch functions as an available countermeasure in the case of a stuck throttle in a truck.

Since there is no apparent safety need for brake-throttle override systems to apply to heavy vehicles, we are proposing that the brake-throttle override requirement would apply only to passenger cars, multipurpose passenger vehicles, trucks, and buses with GVWRs of 10,000 pounds or less. However, we seek comment on this issue, specifically any data related to pedal entrapment or similar issues where BTO might be an effective safeguard.

Have you ever experienced such a problem in your truck? If so, how did you deal with it?

Given the seeming dearth of unintended-acceleration issues among heavy vehicles, we could heap likely well-deserved accolades here on the brake/throttle-safety focus of truck and component manufacturers, but ultimately there’s probably a another simple explanation of why high-profile events have not been seen.

Not to discount any real issues you may have had, of course — ultimately, I suspect it has to do with why we call professional drivers professional.

Thoughts on it all appreciated… 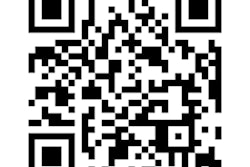 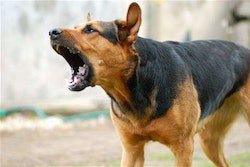