It’s no secret that smartphone apps related to the trucking business and life have multiplied exponentially over the last several years — we did a big roundup in the Pocket Tools feature, showcasing apps for freight, finance, road service, equipment, dealers, logs, and many other purposes way back in July 2011, and new apps and reworking on existing apps have only continued since then to the point that it’s now at least possible to take advantage of the efficiencies of business computing on the road without ever touching a laptop or desktop computer (Keeping abreast of what related news we’ve had since then can best be done via this list of stories.)

That might come as a surprise to readers of the New York Times, apparently, given the sort of “hey isn’t this weird” treatment they gave the lead to their piece of trucking smartphone apps this past Friday, Aug. 16. ” If you’re old enough to remember 1970s trucker films like ‘Smokey and the Bandit,’ ‘Convoy’ and ‘White Line Fever,’ you may think of truck drivers as free-spirited individuals tethered to the world by nothing more than citizens band airwaves,” wrote the Times’ Benjamin Preston. He did at least acknowledge that that “depiction was a stretch even then,” and even more so today, as we know.

In any case, you may be happy to note — we were! — that Preston called out Overdrive‘s own Trucker Tools app in the piece for its multidimensional functionality, unique in the trucking-apps world.  You can check out the full story here.

CB Channel 19 getting quieter?
Featured in the story was driver Don Carpenter, who made note of cellphones and smartphones’ sort of replacement of some of the traditional uses of the CB, which we’ve remarked upon before. Prompted by a reader, we recently asked why Channel 19 had become so quiet of late out on the road. The proliferation of smartphones was one of the answers, of course, among ther 100-plus commenters. “We’re too busy Facebooking to talk on the CB,” joked one driver.

But others had a lot more to say on the subject. Weigh in on the topic yourself via this link or in comments under this story, and here’s a round-up of some of the other responses:

Scott Noble:  I keep mine on all the time. I don’t care had bad it gets out here, there will be at least one or two old-school [folks left] trying to let me know about a traffic jam or weather or whatever the case may be, as I do when I see something going on. A CB is a tool that should be used every day.

Dean Schulz: Most of the bull shooters have grown up.

Alfredo Lujan: Tired of the hate out there! My big radio’s sitting in the garage. Have a Cobra in the truck if I happen to run into a friend, go to an alternate channel and visit a while.

Mike Striegel: I keep mine on. It can still be a useful tool. I squelch out the fools and turn it down if I can’t get rid of them.

Zharman Prior: Bluetooth, SiriusXM, Skype, Facetime, improved variety on AM/FM radio, wi-fi, laptops, iPad, iPod, more animals in trucks, more wives warming jumpseats, and my final answer is the lack of bear reports and traffic information and the surplus of derogatory, racial and over all abusive speech heard over the CB. People are tired of it, and so am I. I turn my squelch all the way down so I have to be on top of you before I can hear you. But I would never turn it off. It’s already saved my life once by hearing about stopped traffic about a half-mile away and out of eyesight when I was hauling in the rain.

Matthew Allen Bradley: The CB has waned in popularity, but I love mine. I get a good laugh from time to time, and I can be nosy. Also it helps in times of inclement weather. 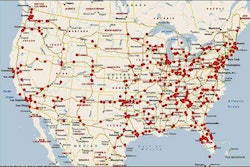 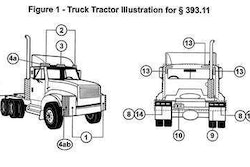 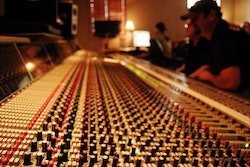