Important detour in Indianapolis
Indiana DOT is reporting big tie-ups downtown as some truckers and motorists running through town on I-65/I-70 have ignored the closure of a stretch of the road in the state’s “South Split” project. Through freeways are closed between the “north and south splits on the east side of downtown Indianapolis,” the state says, through October at least, “to reconstruct and lower one-half mile of pavement beneath seven bridges.” The quickest route around the problem area would be the I-465, which, though long, will in large part avoid construction-related congestion, officials say.

Find information about the project via this page, where you can also sign up for email updates on project status.

Where weight limits are clearly marked on downtown Indianapolis streets some drivers have fond themselves having to use given the ongoing I-70/I-65 closure, local law enforcement, according to this story, is actively enforcing such limits and continues to urge truck drivers to use the I-465 loop on through routes.

Police, who had been issuing warnings for truckers’ use of I-70/I-65 ramps in downtown Indianapolis have now proceeded to tickets for the truck-restricted routes, according to this story and intel from a fan of our Facebook page who lives in the area. Through traffic in Indianapolis strongly advised to use I-465 around the area due to ongoing South Split-related construction.

Ranking rude roadsters
You may remember the “lame excuses” poll Insurance.com released results of in May, charting the top responses four-wheelers gave to the question of what justification they’d offered to law enforcement in past during a traffic stop. The folks from the website today shared another poll — this one a little closer to presenting an aspect of motorist behavior professionals no doubt have some direct experience with.

According to the Insurance.com survey charting the breakdown of civil society when road traffic is at stake, the No. 1 rude behavior motorists confessed to was the rather benign honk delivered to a slower driver. But other infractions were none too tiny — 28 percent of all respondents admitted to brake-checking,  26 percent to aggressive acceleration to “prevent someone from passing you,” 18 percent to tailgating someone “on purpose because they were going too slowly.”

And what might be the worst, and a clear indication of a total lack of adherence to not only civil but safe practices by amateurs — 1 out of every 10 drivers, according to the survey, have actually passed in the breakdown lane.

I’m reminded of one reader’s message to the motoring public after witnessing such a pass in North Carolina — he got on the CB to the nearest law enforcement representative and called it in. He posted dashcam video of the pass and ensuing stop to Facebook with a note to this effect: “Four-wheelers, the police can hear us.”

What’s the most frequent unsafe maneuver you see from the motoring public on the road? And as we’re being honest, might you be guilty of any of these in past? 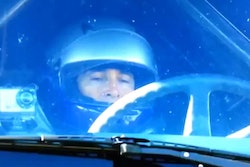 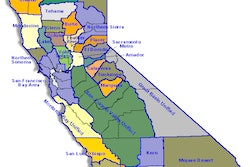 Too little too late? New grants for CARB upgrades