A new CarInsurance.com survey — quizzing consumers on driving and purchasing preferences/habits — yielded this headline: “Drivers ready to trust robot cars.” While they did add a question mark to the title, I’m wondering what you think of the particular results, 20 percent of survey respondents answering yes to the question of whether they would purchase an autonomous car if it meant they would “never take the wheel again.”

What’s your thought on the sci-fi -esque future suggested by the survey, one in which four-wheelers of all stripes are only willful assistants in the piloting of vehicles on the roadway? Given the frustration so many professional drivers experience navigating today’s roadways, might it be a positive — or is the opposite mass-malfunction nightmare scenario more apt?

Here’s a link to the full survey.

At once, any future reality of sharing the road with four-wheeler automatons may be something of a shared reality itself by the time (if ever) truly autonomous technology is a part of the mainstream in vehicles on our roadways, given all we’ve heard about autonomous trucks in recent times. I.e., the future of such technologies has a trajectory beyond just the four-wheeler population. Today’s predictive cruise control, lane-departure warning systems, and etc. could well be tomorrow’s “autopilot mode.”

Houston, do you copy? 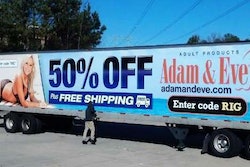 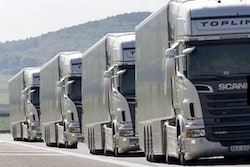 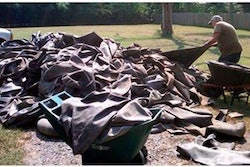 Crowdfunding handbags made from recycled tires