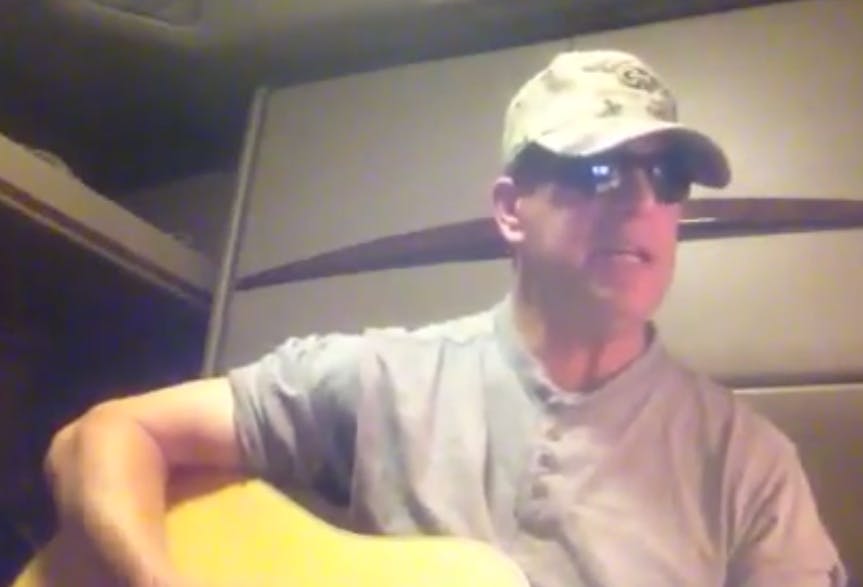 So it’s Thanksgiving, but today I’ve a couple for you that might better have figured in our Christmas-songs poll still ongoing — a couple lesser-known gems, as it were. The first here is from Bill Weaver, who shared the new tune with us via Overdrive‘s Facebook page. Characteristically humble, Bill: “OK Folks, here is my latest hit single Christmas song for truck drivers,” he wrote. Give a listen to it via Youtube vid of Weaver playing it live in the bunk below — “How the Truck Drivers Saved the Christmas Holiday” tells the story of the year Santa got DOT’d up in Fairbanks and, well, had to call on Bill and several friends to get the gifts hauled. (Weaver might well be singing about this particularly troubling year for the Claus operation.)

(Yes, says Bill, “your children can actually listen to this one.” ) 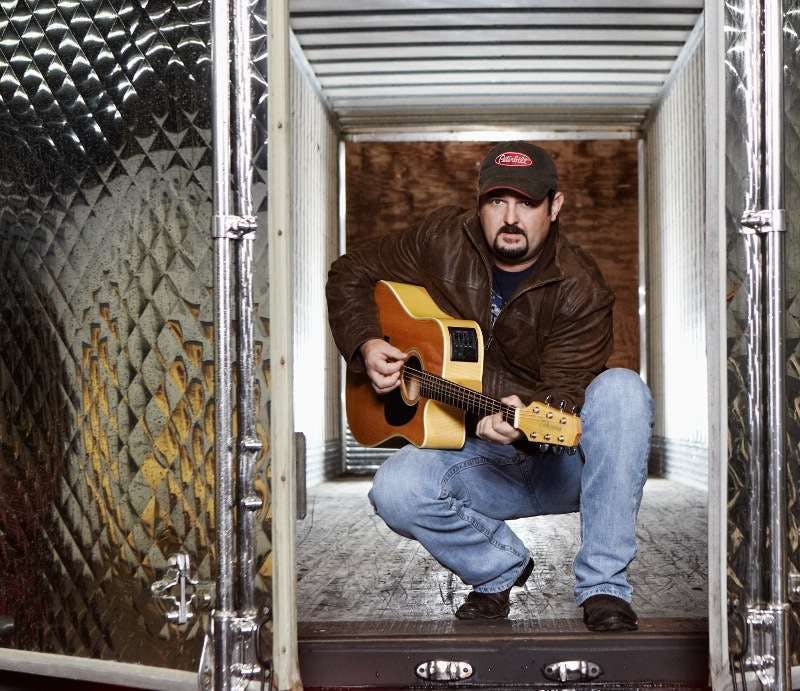 Next is one from the great Tony Justice — whose new record is due out in mere weeks (catch it at the truck-stop racks, and stay tuned to OverdriveOnline.com for reporting on it and further listening opportunities). This one’s from his last record, “On the Road” — “Bring Daddy Home” is told from the point of view of a boy writing Santa with just one request: to bring his dad home for Christmas. Justice put together a video for the track, posted to MySpace earlier this year. Follow the link below for it.

And a big Happy Thanksgiving to all on the road and off today. Here’s hoping for a great rest of the week. 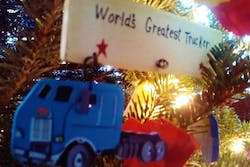 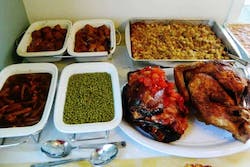 Giving thanks with fellow drivers: Brian and Bettina Cameron of Cartersville, Ga. 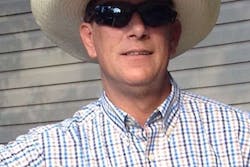 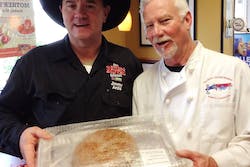 More trucking tunes — and a cheeseburger