You’ve probably come across the thankful survival story of Orlando, Fla.-based Tim Rutledge, who was trapped under his rig in Indiana in the very-cold temps of the last Monday. Checking out his brakes early that morning, his rig moved, pinning his right arm to the ground in the parking lot of a Pilot truck stop 30 miles from his destination. There he remained that exceedingly cold day, for six or more hours.

Derrik Thomas and Glen Hale reported on his story here on the website of Indianapolis News Channel 6, and Good Morning America interviewed him as well, which you’ll find in the vid clip below.

All of it went down during the foot of snow that was falling all over Indiana at the time, likewise wind chills of -40.

Throughout it all, Rutledge’s wife and employer were calling him, having not received his typical morning check-in. His phone, set to vibrate, moved slowly over the course of the morning until it apparently broke loose from his jacket and he was able to access the voice-dial feature and report his condition.

Good argument, I think, for keeping those batteries charged, not to mention getting familiar with the voice-dial feature itself. And: the regular check-in from the road. I’m glad Rutledge made it.

Do you have a home-contact routine? Has it proved a lifesaver in past? Tell us in the comments here. . . 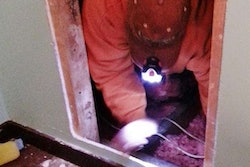 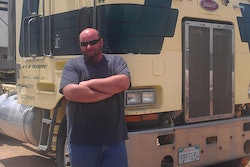 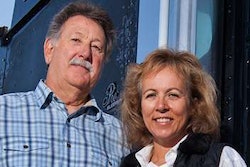