Holy polar vortex, Batman! We’re chipping our way out of the ice palace our farmhouse became during the Deep Freeze of 2014. Our departure was delayed almost a full week by the fact we couldn’t get the truck out of the driveway. We had every intention of leaving Wednesday, because everything had begun to unfreeze, but the good Lord had other plans for us. The minute things started to flow again, we found out almost all the hot water pipes had frozen. George spent the whole day following leaks and fixing them. The poor man really needs to get back on the road so he can get some rest.

How freaking cold does it have to be for the hot water lines to freeze? I left the cold lines open and running, no problems there, but because I’m not used to living on the tundra, I didn’t think to leave the hot water running, too. I’ve learned a lot about plumbing in the past few days, mostly, I’ve learned to keep my mouth shut while George is being sprayed in the face with a busted pipe. Also: “Can you cap it off?” is a very bad question to ask someone when they’re trapped in the wall of a spider-infested farmhouse and being sprayed in the face by a busted pipe. (Sorry, babe.)

On top of the farmhouse woes, George has been apoplectic about The Precious. He plugged her into the house (also something new for me – I had no idea you could plug your truck up) and spent sleepless nights going out to start her up every few hours. It really is like having a new baby in the house. We had to go buy special food (fuel additive) for her and everything. Precious has been a Wisconsin truck for the past few years. She laughed at us until the wind coming across the cornfield was -50, then she chugged a little in protest, but she fired up. Thank God. I don’t think poor George could have taken one more thing being broken this week.

As all of this was going on, I couldn’t help but think how awful it would have been for me if he had been on the road and I was alone at the farmhouse. I feel for all the trucker’s wives/spouses who are left for weeks at a time to handle these trials and tribulations alone, without their partner. Relationships are difficult enough without having to take care of a bunch of dumb stuff by yourself. I’m not an idiot, in fact. I can explain the angiotensin re-uptake system to you (it’s fascinating, by the way), but I didn’t realize I didn’t know where the water main cut off was until I needed to know.

There are a lot of things the people left behind at home have to take care of, and a lot of them you don’t think about until you have an ocean in your living room, pouring through a hole in your ceiling.

I love the truckers, and I appreciate the jobs they do, but the people left at home are often forgotten when praises are sung. I know we couldn’t operate without our support system, and I’m extremely thankful for it. So here’s to the spouses and families of the drivers – I’m toasting you with a glass of kick-ass, because that’s what you are. Salute!! 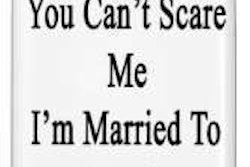 Truckers’ wives and spouses – the silent voice of the industry 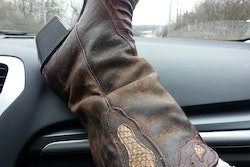 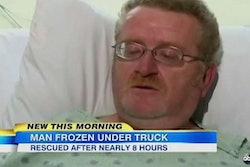 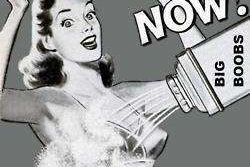