Owner-operator Jimmy Ardis is among the most good-humored of folks I’ve met throughout the years writing for Overdrive. As I reported the story of his career a few years back, which told how Ardis lost his left arm at a young age then went on to tenaciously, and personally, lobby the DOT in the 1980s for an exemption for his missing limb, I was struck by how the owner-operator had a knack for making a positive out of what could easily have been cause to go the other route.

He can do something of the opposite as well, as evidenced in the video below. I shot this brief story of his after we’d sat and caught up a while at last year’s Great American Trucking Show in Dallas. Here you’ll see a comedic beginning — Ardis tells how his uncle taught him to drive using a yardstick from his spot sitting on the bunk behind him to rap his knuckle whenever he jammed a gear too quickly — to move on to more serious issues.

The vid speaks for itself, though I’ll say Ardis argues for a more thorough mentoring approach to driver training industrywide. Enjoy. 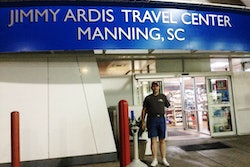 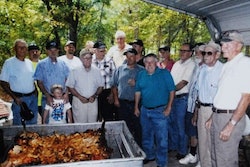 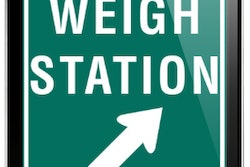