WHERE RATES ARE: According to DAT’s Trendlines report, the final Dec 28-Jan 3 holiday week saw freight availability remain more or less stable. The average line haul rate held steady for vans, but the total rate dipped 1 cent per mile likely due to the declining fuel surcharge, with per-gallon prices. Demand for truckers continued generally strong, though, as even with fuel prices on the decline, rates increased for flatbeds and reefers. 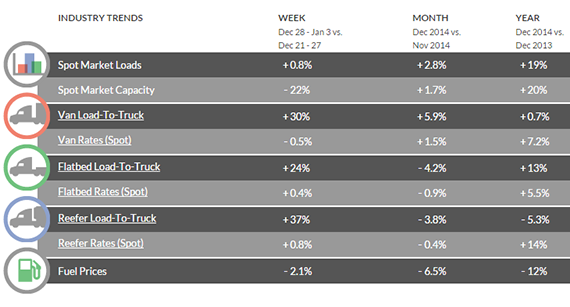 AND: Anybody looking ahead to March?
Bob Hataway of the TransAlive network sent along news of the 16th-annual National Day of Prayer for Truckers event set for 6 p.m. in the pavilion at the Papa John’s parking lot at Mid-America, March 28. Among the voices you can expect from the stage are the ever-present Tony Justice as well as, singing the National Anthem, owner-operator Jan McCarter, whom longtime readers will remember from my coverage she and her husband Jim’s ongoing “Keys Truckers” adventures through trucking, music, comedy and more.

I happened to talk a little more to Jan this morning, and she’s got other big plans on the horizon as well. For one, she’s recently added lettering to her 2002 International to reflect a new venture, The Human Trafficking Awareness Project — she’s on the way toward transforming her hauling business into somewhere of a mobile educational effort on the issue of human trafficking. Here’s a shot she snapped and sent of the International, rear of the sleeper: 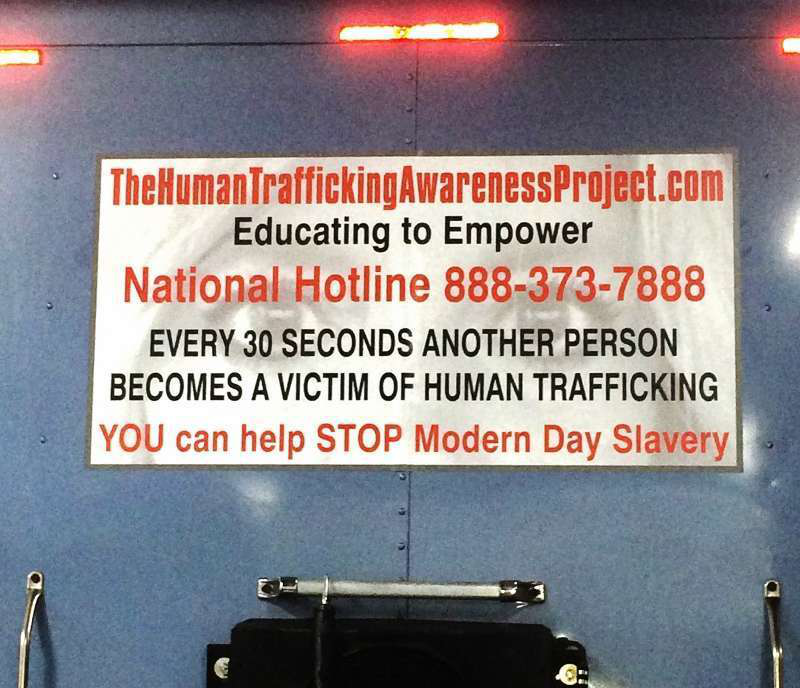 The plan: McCarter’s independent dispatching service will soon dedicate her to hauling materials to and from Ironman race events — in the days between load in and load out, McCarter will have the time (and the means to wait: “the pay-per-mile is very good” on the Ironman hauls, she says) to spend reaching out to area groups and presenting on the issues to varying segments of society.

Where the Truckers Against Trafficking group focuses on mobilizing truckers to combat the problem and raise awareness on the road, McCarter’s taking that mission back and applying it from her position within the trucking community to local community advocacy and other groups, essentially.

Here’s wishing you well in the effort, Jan.

Read more about it all at her website, linked here. 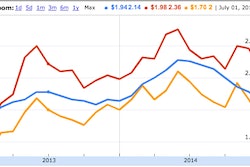 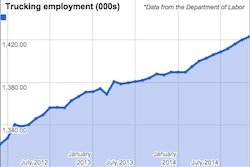 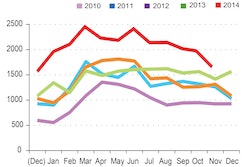