The incoming chair of the so-called “House Freedom Caucus,” a fairly small but nonetheless consequential group of more-conservative-than-the-usual Republicans in the House of Representatives, issued a big bucket list of rules and regulations in the wake of Donald Trump’s election in hopes that it could have some influence on the incoming administration’s efforts in that area. With a re-hearing on the Owner-Operator Independent Drivers Association’s suit against the FMCSA’s electronic-logging-device mandate out of reach, OOIDA’s press release announcing the 7th Circuit’s denial placed some hope not only on an appeal to the Supreme Court but also on the aforementioned House caucus in concert with the incoming Trump administration. As the release noted:

“It’s clear now that we have to pull out all the stops to convince lawmakers and the new Trump administration of the need to set aside the ELD mandate,” said [OOIDA President Jim] Johnston.

Today, OOIDA reached out to its members who are constituents of the House Freedom Caucus, an organization that recently offered the incoming administration a list of regulations that should be repealed. On that list is the ELD mandate along with the proposed speed limiter rule.

We’re re-evaluating readers’ support (and lack of it, of course) for the ELD mandate — it’s been quite a while since we asked such a simple question as the one at this link. Click here to weigh in via the latest poll question. But in any case, if you’re against it (past polling has clearly shown a sizable majority to be), no matter what congressional district you’re in, as OOIDA suggests, now would be the time to get the pen moving, if it hasn’t been already. Recall small fleet owner David Morin’s active communication with his own representative this past Fall, and I know many of you have expressed your views with your own reps for a long time now. The same can of course be said for supporters of the mandate, of which there are many out there — most echo the comments of those who are hopeful a broad uptake of ELDs cuts capacity sufficiently enough to put considerable upward pressure on rates, delivering a windfall to haulers whose routes and customers are such that ELDs are little more than a slightly more expensive way to record progress through the day.

Among the opposition, reader Phil Killerlain, commenting on Facebook, reinforced the importance of communicating with Congress, given the time a Supreme Court hearing might take. “Let’s hope that [incoming Freedom Caucus chair Mark] Meadows” and Freedom Caucus members “get this and a lot more stopped so that OOIDA doesn’t have to go to SCOTUS,” Killerlain wrote, “as they might take years to hear the case.”

The caucus, when it comes to regulations undertaken under the Obama administration, though, isn’t a particularly incisive bunch, let’s say. Their list of regs is blowtorch-extensive, not only including those actively discouraged by OOIDA and most owner-operators but also much of what the FMCSA’s otherwise been up to in the last couple of years — No. 151 on the list appears to be the Entry Level Driver Training rule, favored by many in the driver and owner-operator community (provided it includes some minimum required behind the wheel time). The caucus doesn’t call that particular rule by its common name, suggesting they may not quite get what they’re doing. Rather, the associated listing is vaguely dubbed “Requirements for vehicle operators.” The regulatory sections included in the listing in question, however, are those that the ELDT rule would impact, and the date associated with the listing is the April 2016 day the comment period on the rule at proposed stage closed.

In any case, take all of it under advisement. We’ll of course continue to report on how things are shaping up. Here’s hoping it’s a good weekend out there, and stay safe. 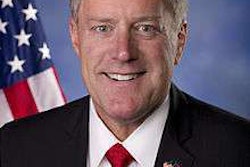