A voices round-up — including the mailbag podcast at the head of the playlist above — published late last month brought a response with some perspective on the issue of potential (perhaps limited) expansion of the commercialization of rest areas from the National Association of Truck Stop Operators. A principal issue for truckers of many stripes, as some states have closed rest areas over the years, is parking, its dearth undeniably plaguing a variety of areas of the country.

Lisa Mullings, CEO of NATSO, noted that like truckers she too was frustrated with states that close rest areas, which presents a safety issue for operators, reducing options for short stops and more longer-term parking for those not looking for full-service options at truck stops. In state-to-state budget fights, she notes, “they’re saying they can’t [keep rest areas open], but if it’s a safety concern, you need to prioritize that.”

As for potentially increased commercialization, though, pitched by some adherents as a means for states to keep more of their rest areas open by generating revenue, she points to a 2010 study that looked at parking along stretches of highway — toll roads, mostly — that had the kind of fully commercialized travel plazas in the interstate right-of-way that do present a direct sort of competition to traditional private truck stop operators (think the New Jersey Turnpike, for instance, I-80 in Ohio, Illinois tollways and etc.). That study, which you can access via this link, found in general fewer truck parking spaces per mile accessible on roads with commercialized rest areas under state control than on stretches where such didn’t exist.

Fourteen states have the ability to commercialize travel plazas along toll roads or to continue to operate plazas that were grandfathered in after federal law prevented direct state competition with privately-operated businesses along interstates in the 1950s. The study “found that in general, sections of highway in states operating commercial rest areas have two fewer parking spaces per mile. The data confirms that there is a significant negative relationship between [rest area] commercialization and truck parking spaces, taking into account all spaces at rest areas and private sector businesses near the interstate.”

Given just how many of the stretches of interstate analyzed in the report were toll facilities, I wondered if the study might better serve viz a viz parking as an argument against toll roads, however, rather than commercialization particularly. It’s complicated, surely, and just what constitutes a basic vending machine is up for debate in this day and age, given growing automation of services everywhere we look. Part of Mullings’ response also came with an anecdote that illustrated the effect a big commercial state-owned plaza can have on a private business downstream. When the big Delaware House service on I-95 just over the Maryland border closed for restoration several years ago, “a NATSO member in Maryland over the border from Delaware” — then a Petro in Elkton, Md., now a TA — “was looking at his sales numbers – they went up big time.”

While the truck stop operator figured “that manager of mine there is doing something right,” Mullings adds, he eventually figured out that the competition from Delaware House had been removed temporarily. “You can probably guess what happened when it reopened.”

Roadside businesses in areas around such plazas, she says, are “competing with the state with their prime location, and it puts others out of business. That’s not what government should be doing.” 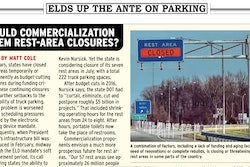 As with most superlatives, ‘best’ is a relative term when it comes to truck stops 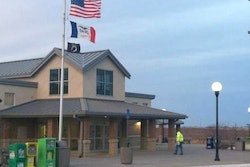