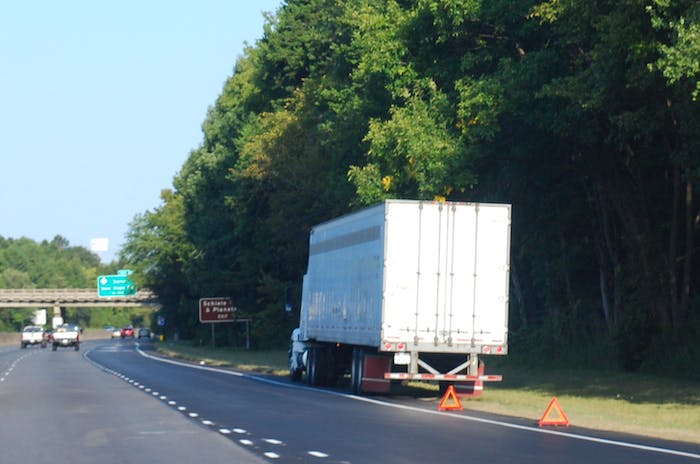 “I have so many things to say about the hours of service,” says Brita Nowak, independent owner-operator until recent months on a Florida to New York City/New Jersey regular run supplying groceries to multiple shops up North. This fall, following a serious surgery, Nowak shifted to closer-to-home (near Orlando) produce loads and was doing fine, such as that goes. Day-to-day, short-haul opportunities in her area were many, and she’d established something of a regular run between Winter Haven and Ocala, most days, with loads farther afield or in addition to that run often as not. 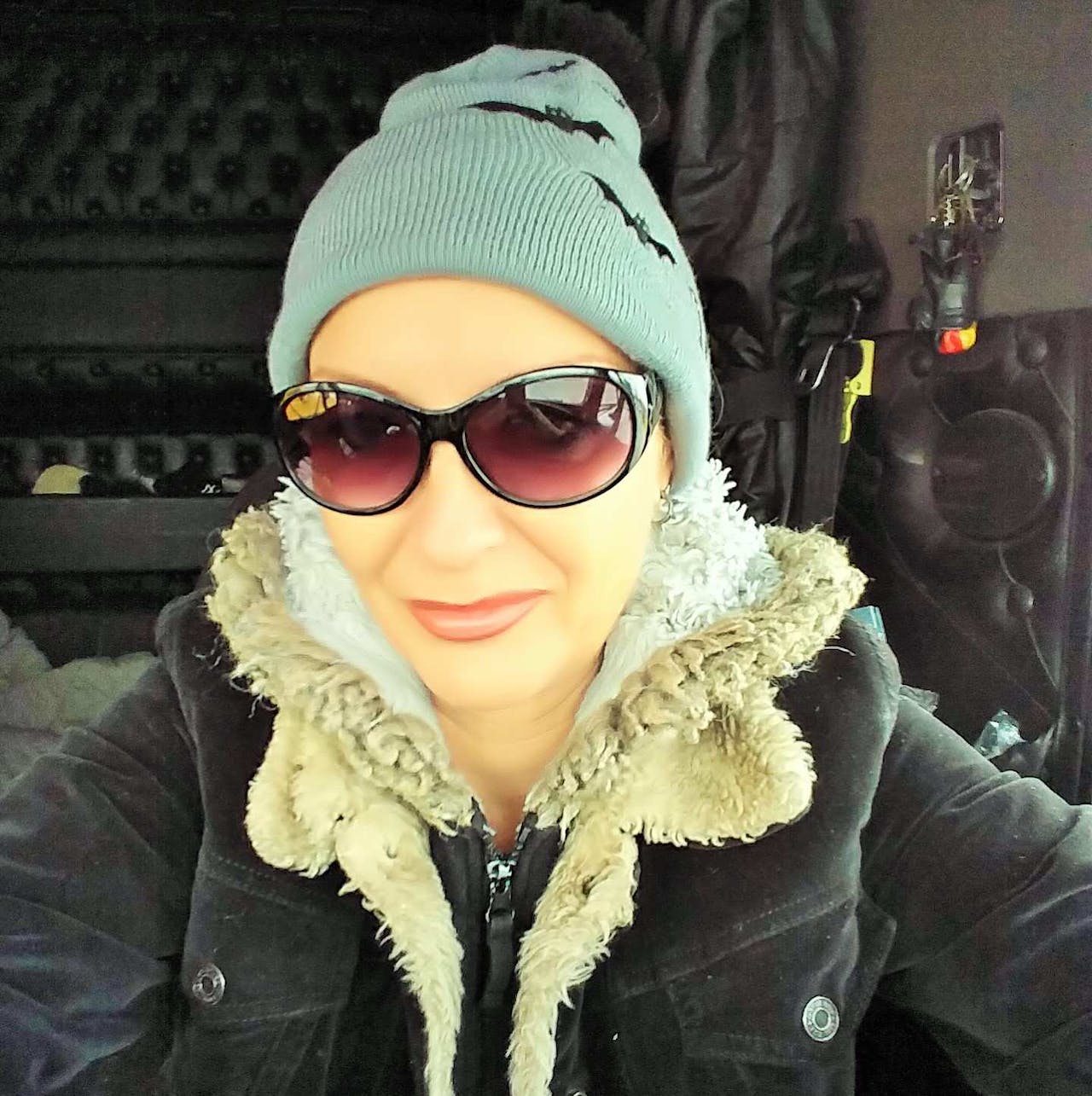 That is, until the ELD mandate came down. A variety of readers have over the last several weeks shared intentions on social media to protest the mandate in various ways, including shutting down for the foreseeable future, extending holiday time off, and hanging up the keys entirely. While’s there’s been no discernibly organized clarion call to shut down on a particular day to prove a point in protest, no doubt some owner-operators have — and Nowak, whom regular readers will remember was the champ in Overdrive‘s Most Beautiful recognition program for women among truckers in 2016, is now among them.

In the weeks ahead of the mandate going into effect December 18, she was on the RoadPro Drivers Council and, as such, had begun testing out the Garmin electronic logging device, offering feedback on its use and effectiveness. The week the ELD mandate went into effect she had shut down for the holiday. The following week, she got a call from her regular broker on Monday and was set for three of her Winter Haven-Ocala loads Wednesday, Thursday and Friday, when other opportunities began to arise.

A Tuesday run to Jacksonville from Winter Haven with nursery products, with two drops, could well add to the revenue for the short week, but Nowak knew the reality on both ends of the pick and drop — “these take forever to load in the trailer, and it takes a good while to get them offloaded. They initially offered me $400” for the 200-mile run, and “I laughed” and negotiated it up to $600.

But newly calculating the hours of service rigidly, she believed that she “still had to say no, and the reason is that when I leave from Sanford,” where she parks the truck, typically leaving out at 5 a.m. for those regular runs, “and go up to Jacksonville, then I do the first delivery, and the second delivery — I may make it back to Sanford before 14 hours is up, but then there’s not going to be ten hours for me to leave again for my regular gig. I had to say no. And I was very upset about that. There goes $600.”

Nowak then proceeded as usual with her regular runs, and on Friday at the end of her load to Ocala, she got a call from a broker wondering if she could be available for a haul from Ocala to Sarasota. She had the hours to make it happen right then and there, but she knew the unload location and, like as not, would be held up there without time to return to her parking spot in Sanford. Another potential $400 down the drain, she says.

Meanwhile, following her surgery, before she could return to the truck, she’d discovered she could make about $150 a day driving her Kia automobile and utilizing Uber and Lyft’s platforms for hauling passengers here and there around Orlando. With a new reefer-trailer payment and all the repairs and other expenses that come with a trucking business, she decided that if the ELD mandate was to remain, and the 14-hour rule within the hours of service did not allow for additional flexibility for ship captains to utilize to effectively plan for both safety and profitability, she was done.

She’s shut down for the foreseeable future and believes that, “if many more would do it,” change would come and come quickly.

She posted to Facebook last week something of a call to arms:

I spent 16 years transporting food and goods to every corner of this nation in snow, rain, traffic. I loved it. The inflexible hours of service combined with the electronic logging device (ELD) stuck at the diagnostic port of my engine since December 18 of 2017 have turned my job into a miserable day-to-day activity, without the monetary compensation for being away from home more than necessary. I will not let anybody tell me when I should be awake to drive, or that I need to go to sleep when I am energetic after resting all day in various warehouses waiting for hours for them to leisurely come around to take their freight of my trailer. This entire industry needs an overhaul, starting with proper infrastructure to safely park our trucks, educating the motorist public how to give us space, efficient warehouse operations and, most importantly, flexible hours of service.

I closed my company in protest, and if enough independent owner-operators follow, freight will not be moved as easily, rates will go way up, your food will get expensive (just in case you think none of this has any effect on you). I had one of the most thankless jobs one can imagine. Nobody wants trucks around, yet without us everything stops and you have no food or toilet paper. It takes a crisis to get change. Here’s to starting a crisis.

How many more have done the same? In polling here at OverdriveOnline.com his week, approximately 15 percent of respondents reported having either shut down in protest or left the business altogether in advance of the mandate. More than twice as many as that, however, as I noted Wednesday in this report, simply remained on paper logs, whether ELD-exempt or in defiance of the rule or for another reason.

Results below as of this morning.

Those percentages apply to Overdrive‘s audience, made up of more or less equal parts independent and leased owner-operators as a general rule, with some company drivers among them, and don’t reflect the full measure of the trucking industry 100 percent perfectly. For another potential indicator of how much of a shutdown may be happening, I queried Matt Sullivan about truck-posting activity on DAT’s boards since the mandate went into effect.

He’d also heard plenty of anecdotes “about truckers staying home, some out of a combination of protest, not having their ELD equipment ready, taking longer-than-usual holiday breaks, and just waiting to see how things shake out.”

At once, “it’s definitely true that truck posts tend to fall when load posts are up,” he adds, given load board users aren’t fishing for work as much, more or less, as brokers at once get more aggressive in trying to cover loads. In my mind, newly having an ELD on could also contribute to that effect.

Sullivan added that “that first week of the ELD mandate,” starting December 18, “truck posts were definitely down more than load posts were up, if that makes sense. That week also included the Friday before Christmas, though, which makes things a little fuzzier. I’m a little of two minds on that. I think there were fewer people working on Friday, which would dampen truck posts, but I also think there were more dispatchers working harder during the rest of the week to get their guys home for the holidays, which would’ve equated to truck posts. But again, there’s a lot of freight out there, so they probably aren’t having to post their trucks as much to find loads. Same thing was true in the week of Christmas: Both load and truck posts were down, but truck posts were down a lot more. Truck posts were actually up last week, but not at the same pace as load posts. So it seems pretty safe to say that the ELD mandate has been a significant factor in truckload capacity not keeping pace with demand thus far.”

Nowak, at least, is among those who’s committed to her decision, though she says she’s “reserving the right at a later point to pick up the operation” if things change. “If they change the hours of service, then we’ll talk. I haven’t given up on trucking, but right now it’s the right thing to do. If more would do it, they’d have to do something.” 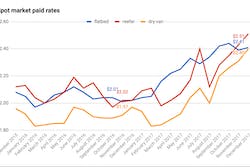 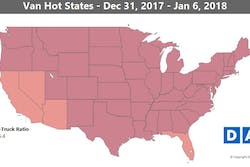 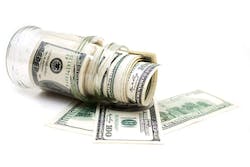 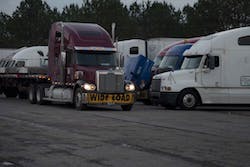