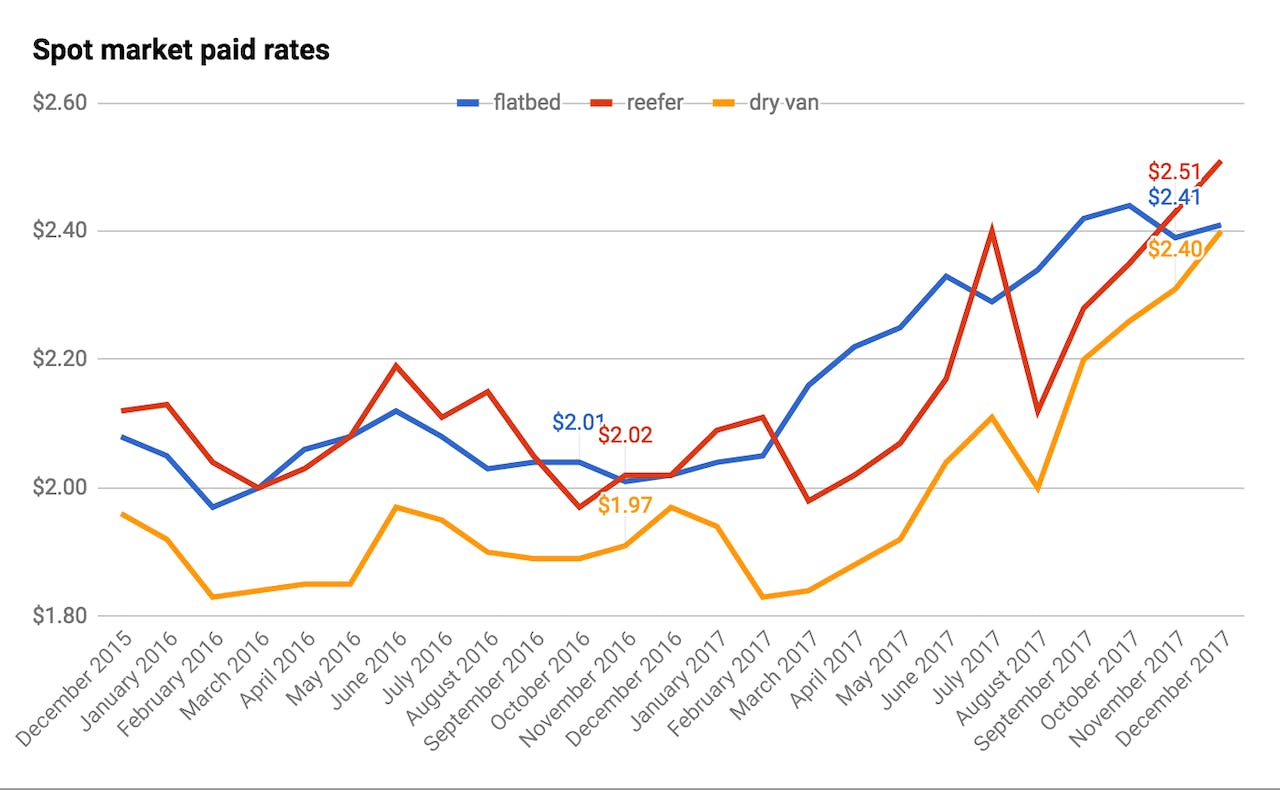 In line with reports of a record-tight spot market of late, per-mile rates shot upwards again in December, according to monthly rates data from Truckstop.com. As noted by prior reporting this week, the number of available loads on the spot market well exceeded the number of available trucks, with that imbalance driving rates to multi-year highs in all three major truckload segments. 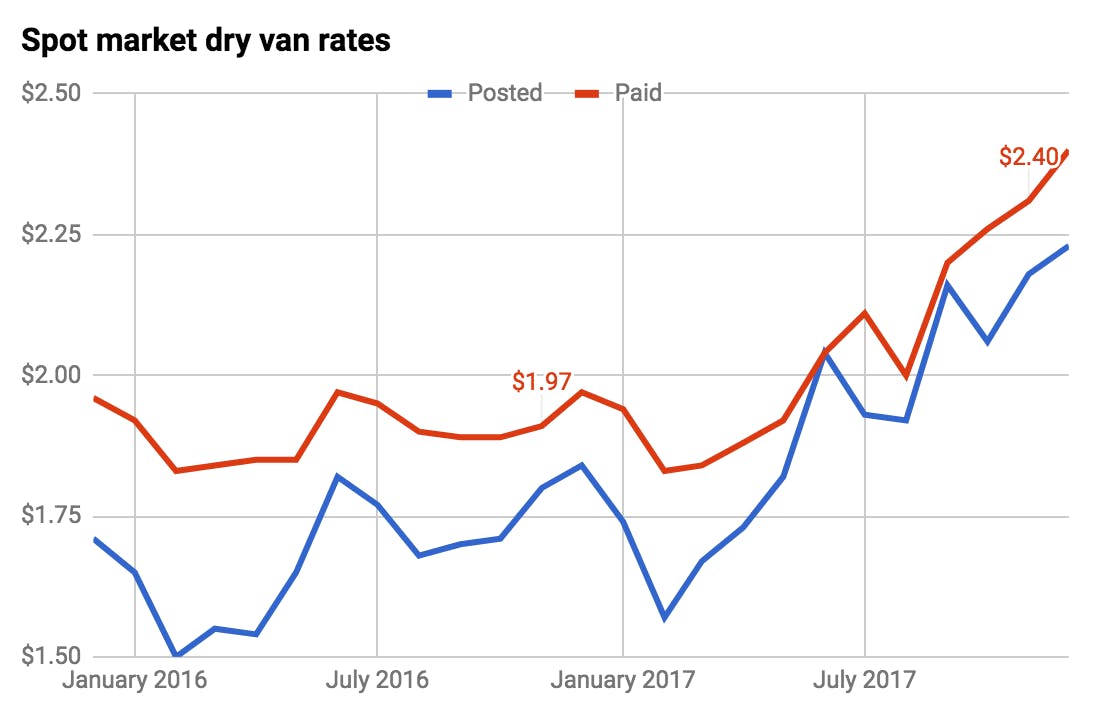 Dry van rates saw the biggest leap, climbing 9 cents a mile from November to $2.40, according to Truckstop.com. That’s a 43-cent increase from December 2016 and van’s highest per-mile monthly average since August 2014. 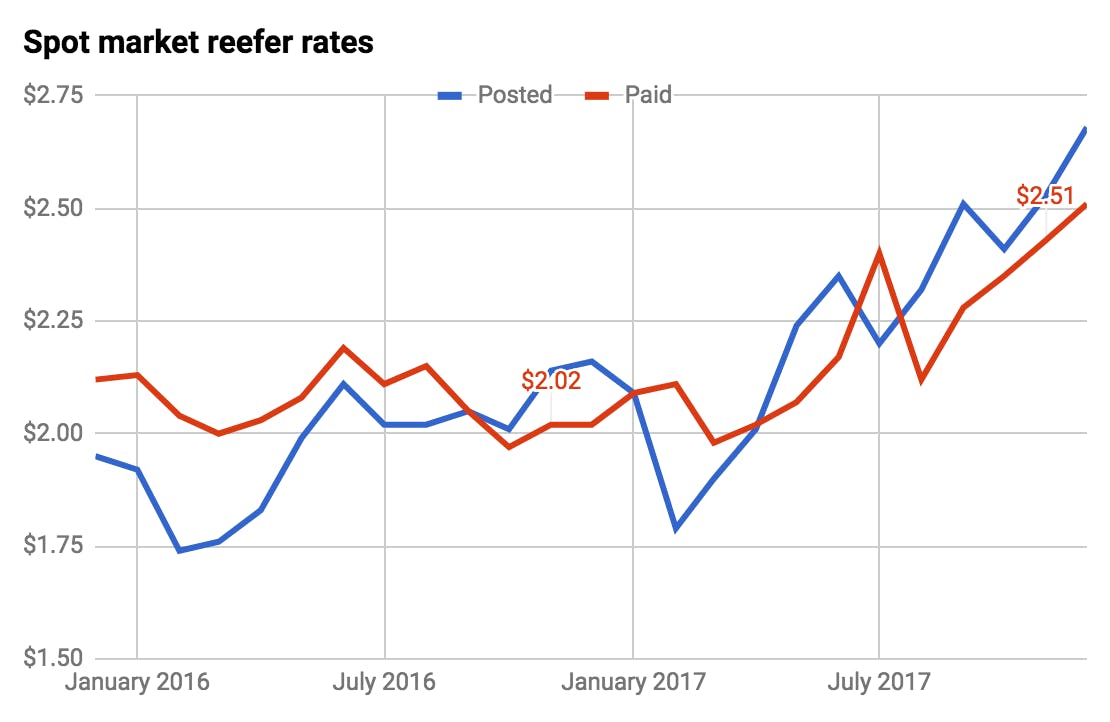 Reefer rates climbed 8 cents from November to $2.51 a mile — a 49-cent increase from December 2016. It’s also the highest monthly reefer average since December 2014. 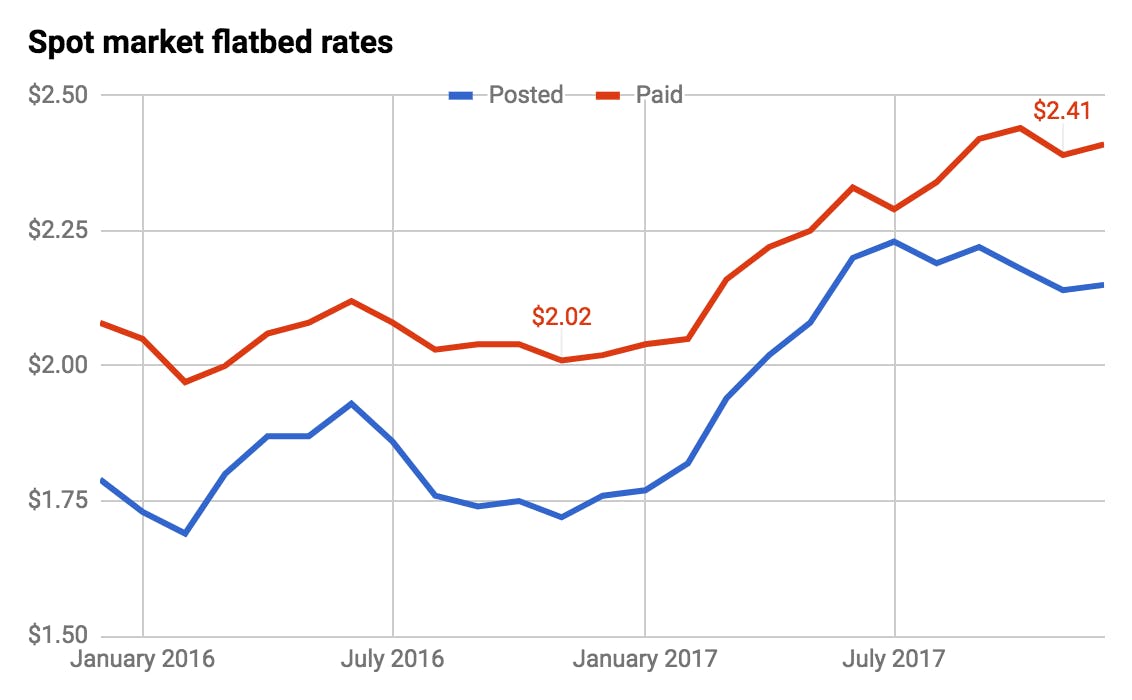 Flatbed rates rose 2 cents in the month, to $2.41 a mile. That’s a 39-cent increase from December 2016. Flatbed has crested multi-year highs in recent months (September and October), but those two months aside, December’s average was flatbed’s highest mark since September 2014. 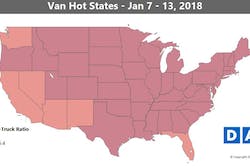 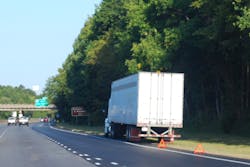 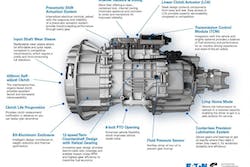 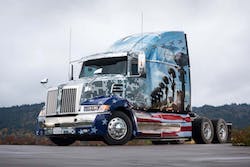