The Arizona Transportation Education Foundation recently announced receipt of a $24,150 grant from the Arizona Governor’s Office of Highway Safety for the current fiscal year. That grant allows ATEF to continue its ongoing efforts to educate the public about safe on-highway behaviors around trucks. If  we’re to judge by the I-24 stunt I wrote about earlier this week, not to mention the myriad of conversations with drivers I’ve had over the last year dedicated to the subject of professionalism, safety, and the need for such education, ATEF’s and other similar efforts are well-appreciated.

Darryl Schwarz, owner-operator out of Pennsylvania hauling cross-country produce and more, called recently about this very subject, partly in response to Overdrive Extra-contributing owner-op Clifford Petersen’s exhortation to his fellow driver to bring a level of personal professionalism to the work and interactions with one another on the long road — one of the biggest benefits, as Petersen saw it: “If truckers do not appreciate other truckers, how on earth can we expect Joe Public to appreciate what we do to make their lives easier or to ever learn by our example to operate safely themselves?”

That sounds nice, and at bottom makes perfect sense, Schwarz noted, but “there’s quite a bit more to it than that.” He believed professionalism had reached record-level lows among truckers — “it’s practically nonexistent,” he added, and with such a decline has followed motorists’ on-highway practices as well.

“I don’t see anything being done with the average citizen’s traffic,” whether highway patrol enforcement, media reporting or efforts to educate like what’s happening in Arizona, Schwarz said. “It’s like bedlam out here.”

The Arizona effort, replicated in some other states, presents an opportunity for some correction, however small. Better, Schwarz said, might be not only the example of professional drivers who really live the professional label but perhaps coordinated efforts/better relationships with states’ highway patrolmen to do what Schwarz has only seen happen once in his decades trucking: “bother people in cars for doing unsafe things around trucks.”

The exception wasn’t in Arizona but on one of Oklahoma’s toll roads.

Schwarz was approaching a toll plaza when a motorist coming around his left and attempting to get to the far right lane to pay his toll did  what Schwarz describes as others doing “all day every day. … The guy cut me off” within three feet of his front bumper at relatively high speed thought beginning to decelerate. In this case “a cop was sitting right there” and saw the whole thing, pulling over the offending driver.

If only it happened more often than it does. When is the last time you’ve seen something similar?

Schwarz commends efforts like this one in Arizona, in part also centered around efforts at publicizing the “No Zone” blind spots around combination rigs and motorist-safety awareness that comes from groups like the American Trucking Association’s America’s Road Team of experienced drivers and other such groups. He urges drivers to spend more time doing similar things themselves, and hopes for more coordinated campaigns with law enforcement and young-driver-training professionals as well. As of now, the Commercial Vehicle Safety Alliance’s “Teens and Trucks” effort provides some semblance of coordination, and every year in October it’s part of the weeklong Operation Safe Driver initiative that focuses not only on commercial drivers but those with whom they share the road. Given most of the serious truck-involved accidents out there stem from unsafe driving behavior by a party other than the trucker, perhaps greater focus on this is needed on a year-round basis from all with a stake in trucking.

With stress on the rise among drivers, Schwarz contends the largely villified electronic logging device is not the primary cause. “That’s just the tip of the iceberg,” he said.

Rather, highway mayhem looms large under the surface as perhaps the biggest contributor, and a slackening of standards didn’t start yesterday, he added. “I’m second generation” of his family in trucking, and “I wonder where this is headed. Is it all just headed down the tubes?”

It’s easiest and perhaps most appropriate, ultimately, he knows, to clean your own house first with a shift in priorities. Schwarz invoked the commonly issued “be safe out there” word of parting, often offered to a driver on his way out the door by company management or other colleagues, and perhaps said for so long it becomes little more than lip service to the idea it’s intended to import. To really begin to turn things around “how about changing that,” he said, to “‘be professional out there.'” Professionalism in trucking no doubt includes safety, but so much else besides.

I’d be willing to bet Petersen — and you, too — would agree with that idea. 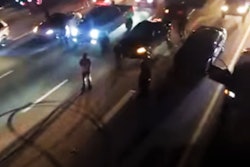 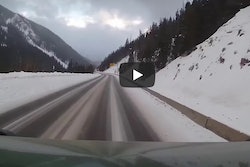