Reader Russell Zinck had what I suspect might be an answer more of you would have chosen — if it had been an option in the poll whose results you see above. Commenting under a Facebook share of the post and asking what had changed that was most noticeable at shipping/receiving locations at the ends of hauling routes, Zinck simply said, well, “Everything.”

Most common across facilities seem to be:

Taken together, those three things together amount for a potential detention nightmare scenario for an owner-operator without adequate provisions in-cab, which is a reason so many have drawn on old ways or just stepped up normal planning for the road to better include carrying most everything necessary for a run. Some have assumed additional days out added to such planning, not to mention the possibility of having to truly quarantine on the road after taking ill.

Chip Dodge, commenting under the poll here on Overdrive, bemoaned what he saw as an old practice of grocery distributors seeing new widespread life, with more receivers “illegally requiring us to hire lumpers. You cannot unload your own freight.” As he also pointed out, as a general rule, that is “100 percent illegal.” And he’s right. As I wrote some years ago at that link:

Forcing a carrier to pay a service for unload without reimbursement is illegal under Title 49 of the United States Code, § 14103, on the loading and unloading of motor vehicles; owner-operators/carriers should retain the option of unloading. If they do not, and they or their employing carriers aren’t being compensated for the lumper fee by either shipper or receiver, then the statute has been violated.

That said, depending on what size of fee we’re talking about, I might just choose to stay in the truck, myself, and write (or better yet, invest in an attorney to write) a carefully worded letter demanding reimbursement later, at a safer distance.

Aside from all the annoying rigamarole and real difficulty out there, another commenter lauded the work of some of the shippers/receivers he’d visited throughout all this: “Shippers and receivers are on the ball, everyone’s working together to get things moving quickly,” similar to what so many have found through comparably empty major cities whose highways formerly were commonly jam-packed just when you needed to get through or around them. As on the empty roads, in some cases anyway, as at the loading docks.

“Loading or unloading has never been so smooth,” this particular commenter, going by “Bubba J.,” reported. “Keep up the great job, people.”

Less common things as yet in the United States — reportedly more so in China, among other places, as that nation begins to very slowly, cautiously return to normal there — were reported by almost 1 in 10 operators.

“Temperature checks at military facilities,” wrote Debbie Desiderato, independent owner-operator of Walkabout Transport, based in Virginia. Some major shippers and receivers, such as Walmart, have instituted similar requirements for drivers to have their temperatures checked before entering facilities.

In a sense, it’s “good to see” procedures in place to protect defenses, Desiderato added when I talked to her this morning. In another sense, though, “people are dropping like flies,” referring not to deaths from COVID-19 as it’s reached well into every state in the nation but rather the business prospects of “small carriers and owner-operators” through all the freight market turmoil, as spot volumes fall and opportunistic buck-a-mile brokers fish for takers.

She was among the very first sidelined when her bread and butter trade-show freight, mostly through two main broker customers, dried up with the quickly rolling cancellations of big events across the country last month.

She picked up MRE loads in her reefer rolling between naval and other military bases in the Southeast via a set-up she’d made as subcontractor to a large transport interest. When we talked she was headed to the house after what she speculated might have been her last such load cancelled on her. “I’m not doing much of anything right now,” she said. “I’m headed home. Maybe I’ll plant my garden. Nothing wrong with growing your own food.”

Meanwhile, she’s occupied along the way thinking over “how I’ll survive this freight recession,” she said. “You know what I did this morning? I thought, ‘Maybe I go home and hang up my keys and ride out the storm as a company driver – see if I can make enough money for my insurance/trailer payments and keep up my authority until things come back.’

“Yeah, I might go do something different for a little while. Maybe work a logging truck.” A neighbor close by where she lives operates a logging outfit.

She takes heart in those on the road heeding personal protection advice, now. Getting fuel this morning to head home, “everybody at the truck stop” — drivers, staff, everyone — “was wearing a mask,” owner-operator Desiderato said. “That was good to see.”

Maybe, just maybe, it’s part of building a path back toward some kind of business normalcy.

IRS, via ATBS: Stimulus checks on the way for many
You’ve likely heard this news from other sources, but an FYI from ATBS (and you can explore their how-to resource guide for loan/other assistance available via the CARES Act):

For more information from the IRS, click on the link here. 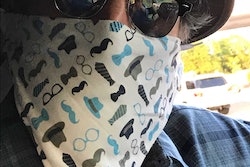 How’s everybody on masks? 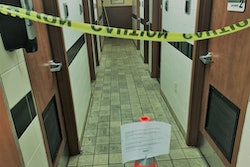 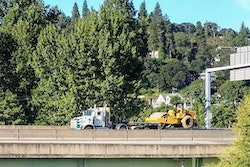 How to do the hard work now: COVID-19 business-, health-support insights 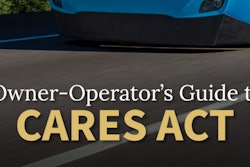