Independent owner-operator Dan Cohen missed a call on one of a few phones he carries on his runs out of a home base in Burlington, Vermont, all around the nation mostly for Bellavance Trucking's brokerage. The call he finally recognized days later, via a message that was left. It was from CMCI, the owner-operator drug testing consortium affiliated with the Owner-Operator Independent Drivers Association, and Cohen had been selected for a random drug test.

By then, the 70-year-old, who's been trucking for most of the last decade, had returned home from a run and also found in his mailbox a letter from CMCI dated April 13, he said, that told him he had 15 days to be in touch with them or risk being considered in noncompliance with the drug and alcohol regulations.

Much in the drug-testing regulations is directed at the responsibilities of an employer when it comes to notification of drivers that a random is in order -- in the case of self-employed owner-ops like Cohen, as many of you are well aware, such responsibilities fall to you as an employer of yourself. The consortium is considered your agent, generally speaking, but given the dual employer/driver role of owner-operators, the specifics of who does what, and how, can get a little murky. So variability in practice is a key consideration when evaluating any drug testing consortium.

At CMCI, said OOIDA's Norita Taylor, the policy for notifications of randoms is for direct phone contact -- generally, those notified of randoms are required by regulation to proceed "to the test site immediately" and those random tests are required to be "unannounced." Find pertinent regs in 49 CFR 382.305, subparts (k)(1) and (l). (The latter is "l" as in "leak.")

"Members in the OOIDA consortium," Taylor said, "sign a contract with us stating that telephone will be the mode of contact for random tests. Emails or letters to owner-operators without a DER" (designated employee representative) "are considered by FMCSA to be pre-notification, which is prohibited by 40.355," part of the rules governing the activities of service agents. A DER is often the person responsible for random-test notifications at a fleet an owner might be leased to.

As noted, randoms are required to be "unannounced" for employers, but you will find no mention of method of communication for notification of random testing in regulations pertaining to service agents. "When CMCI reaches out by phone, if no one answers, the practice is to leave a message stating who is calling and how to call back immediately," Taylor said.

Querying FMCSA about possible guidance that may be out there, an agency rep forwarded just the employer requirements already referenced relative to the announcement in 382.305.

It seems obvious that a direct phone communication, if successfully achieved, would be the quickest, most direct way to verifiably notify an owner-operator of a random. In his case, though, Cohen felt that an email communication would have eliminated the issues he experienced. For a time after his callback to CMCI April 15, when he received the consortium's phone message, he worried the consortium would determine that he was in violation of the testing requirements -- a potential death knell for short-term business prospects.

What the regulations of service agents do give the power to a consortium to do is to determine that an owner-op who fails to show up for a random after notification has in effect refused the test.

"If you don’t get in touch with" your consortium when contacted, Cohen contended, the failure can ultimately be called "a refusal of a test." Cohen added that one CMCI rep he talked to during this time told him (ultimately mistakenly) that his membership in the consortium had been canceled due to noncompliance. "It was pretty scary – if you’re cited as noncompliant in the [Drug and Alcohol test results] Clearinghouse you might as well take your steering wheel off the truck and say good night.”

Asking around with other consortia based locally near him, he learned, however, not all take the same view about phone/email when it comes to random-test notifications. He signed on with Champlain Medical in his home state, and set himself up to receive emails from them specifically to notify him of randoms when his name came up.

There's a lesson therein, or maybe a few -- if you're with a consortium who's going to call you on randoms, as I know Cohen would agree, make sure you know it. And if you're utilizing more than one phone on the road, keep an eye on your messages on all of them or sync them up with a single service.

And as with most businesses enabled by regulation (how many ELD providers are we up to now?), if you don't like what you're seeing, you've got options.

‘The most difficult part was logging in’: Independent trucker walks through DOT Clearinghouse self-check process (with step by step photos) 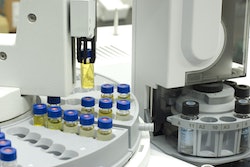 Trucking Law: No false positives, no room for excuses in today’s drug tests