Weapons in the fuel arsenal: One owner-operator's price-discount success with a relative newcomer

How are you coping with the rising cost of fuel? There are many strategies for improving fuel efficiency, but given leased owners like David Nihart (leased to Landstar) recently underscoring the huge value of carrier partnerships when it comes to steep discounts at the pump, independents can feel hamstrung when it comes to the potential for volume buying that delivers such discounts. As John Henderson noted in this linked report, though, bulk fuel buying isn't out of the question for a one-truck operator. Henderson pointed to his bulk contract with MFA Oil in his Midwest region -- a quantity-bound fuel contract that doesn't depend on bulk delivery to a central location.

[Related: A path toward bulk fuel buying could be under your nose]

The fuel program of the National Association of Small Trucking Companies is well-known for sizable pump discounts in-network for association members given the volume it can promise fuel stops. For one-truck carriers, attendance at one of NASTC's monthly New Entrant Survival Training seminars at company headquarters opens up the possibility of participation in the program and membership.

Independent operator Joey Terra, too, pointed to avenue I hadn't been aware of when we talked last week. Regular readers may recall the Texas-based independent from my story about his hotshot trucking business, when we last covered hotshot trucking in-depth via close looks at three different owners.

If that doesn't jog your memory ... 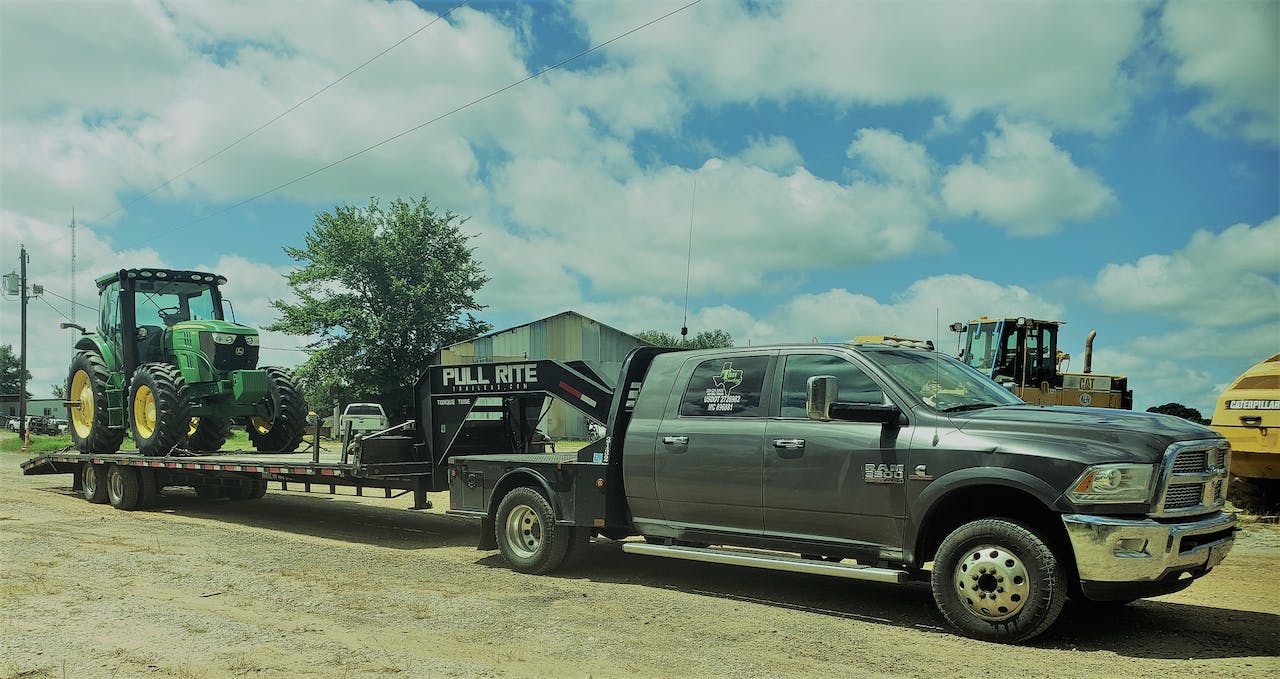 Pictured is Terra's 2015 Ram, outfitted with a 7-foot flatbed, which he used principally at the time paired with the pictured 40-foot Pull Rite gooseneck trailer -- at once, the small flatbed on the Ram itself proved useful for smaller, lighter loads.

Terra's since suffered setbacks when it comes to the hotshot, with a mechanical issue in the motor, a decision to rebuild, and a repair mishap that has left the rig sitting now for upward of a year. After several different moves he's now in what you might call an upgrade, certainly in size, as it were.

Terra's currently piloting this 2014 Freightliner Cascadia and hauling under his authority in partnership with the truck's owner, who otherwise specializes in buying, upgrading and selling used equipment.

Terra's leasing the 48-foot step deck from a trailer builder who's outfitted it with a custom dovetail for rolling (or crawling, as the case may be) loads like this one.

Terra's still knocking on doors, as it were, with his longtime oil-field services-related customers, too, he noted when we talked last week.

How's Joey Terra coping with the steep rise in fuel prices of the last couple of months?

Early on this year he changed his fuel-purchasing routine with a newer fuel card from the AtoB company that he says offers an across-the-board 5-cent discount per gallon on fuel purchases debited from a business account (he notes you'll need an Employer Identification Number to set up with the company). He then tied that card to another service -- the Mudflap company's smartphone app for operators that offers negotiated discounts at independent diesel stops across the country.

"One fill-up in early March," he noted, when the pump price was "$5 and some change," he paid $4.30 a gallon with both Mudflap's discount and the 5-cent discount from the fuel debit card. Mudflap's coverage isn't universally great -- searching Nashville, Tennessee, when we talked last week he found just a 20-cent discount off the $4.80 pump price at a stop on Centennial Boulevard near Western Express's big terminal off SR 155 North, exit 26A.

"I could bounce up to near Franklin, Kentucky," though, he noted, to a Keystop where diesel was available for a much better $4.16 through the app's service.

Find more about the Mudflap service via this link, and if you're using them or something else for discounts, share any tips/thoughts here in the comments. What's working? What's not?

Save what you can, when you can, no doubt. Diesel prices added a few cents per gallon last week on average nationally, according to the Energy Information Administration's weekly report, after some recent falls. Average prices remain a dime above $5 retail. 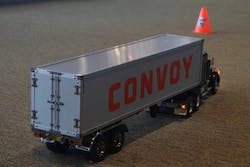 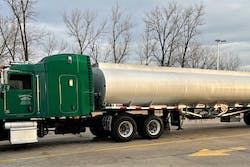 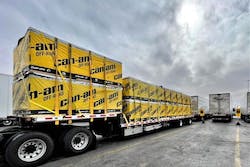 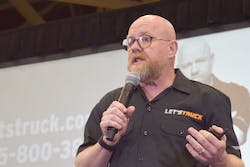