Overdrive Staff
Apr 9, 2014
against Dayton in the first half of a NCAA college basketball game in Tuscaloosa, Ala., on Wednesday, Dec. 5, 2012. (Robert Sutton / The Tuscaloosa News)

Megan Folkes, dispatcher at Gulf Logistics and Parish Transport in Ellisville, Miss., poses in the photo gallery above with a 2003 Peterbilt 379 owned by her dad, Alton Folkes. Megan urged her father, owner and operator of the six-truck Two Rivers flatbed fleet out of Seminary, Miss., to fix up a purple Pete, as that’s their favorite color. “I’ve always liked Peterbilts, and I’ve always wanted to fix one up,” she says. 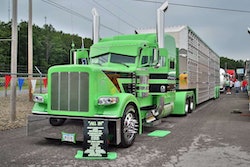 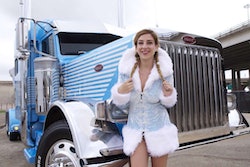 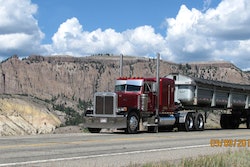 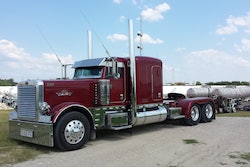