In the ninth and final race of the Meritor ChampTruck World Series’ inaugural season, Jupiter Motorsports driver Ricky ‘Rude’ Proffitt claimed his second consecutive win to close out the season.

The big story of the weekend, though, was Mack tech Mike Morgan winning the overall points championship.

In Sunday’s final race at Las Vegas Motor Speedway, Rude held the lead throughout the race. The battle took place for second between Rude’s teammate, Allen Boles, and Morgan.

Morgan attempted a pass on the outside heading into a corner, but the corner worker witnessed contact during the turn and said Morgan didn’t have the clear pass. This put Morgan on pit lane to sit for a 60-second penalty. Krisztian Szabo took advantage and got around both Boles and Morgan to claim second place in the race.

Robbie Decker finished third, followed by Boles in fourth and Morgan in fifth. The fifth-place finish was still enough to give Morgan the overall points win at the end of the day.

Preparations are already underway for the 2016 season, which will kick off April 8-9 at Palm Beach International Raceway. 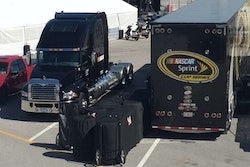 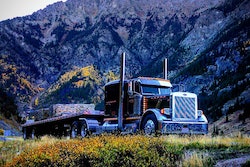 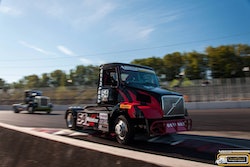 ChampTruck heads to Vegas to wrap up inaugural season