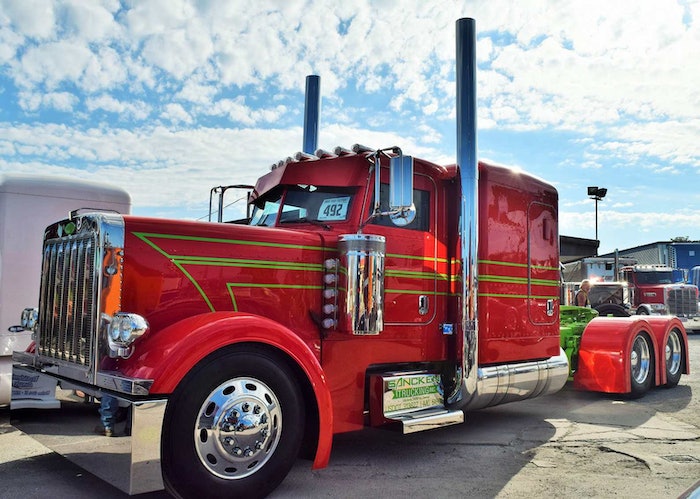 This 2005 Peterbilt 379 was bought in Connecticut and then retooled to what it is today by Travis Sancken, his father and the rest of the team at Sancken Trucking in Grayslake, Ill.

The 275-inch wheelbase is about the limit of what is practical for their operation, delivering fuel to often-congested and tight stations in the Chicago city limits, among other area locales, Travis says in the video above. Most of the about 25-truck fleet is made up of daycabs, he adds, but he and his father took on this sleeper for the new company flagship. 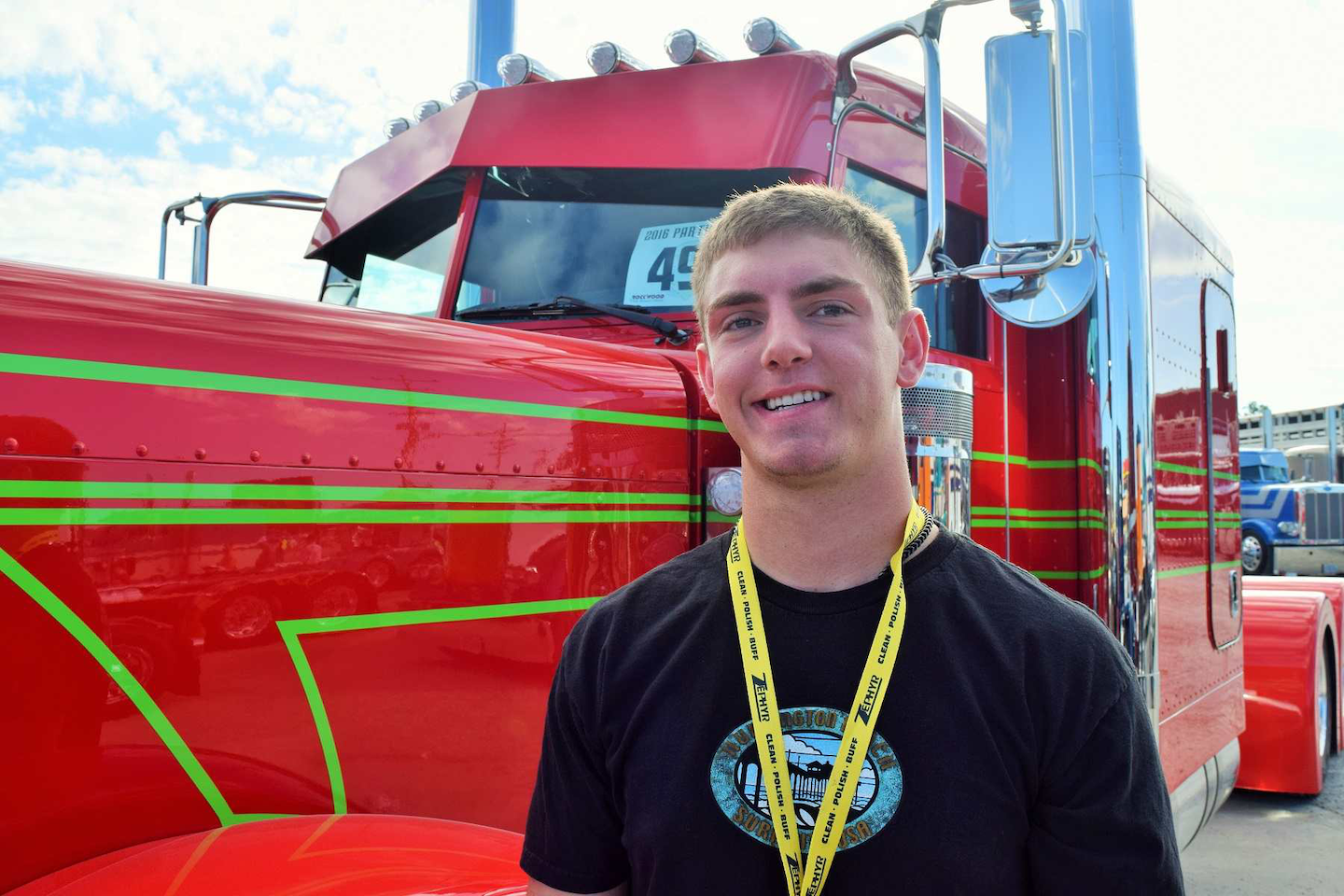 Get a better feel for the rig in the video, part of our brief talk at the Guilty by Association Truck Show back in September. With the notable exception of the pinstripe paint design, Sancken says, laid on by an outside shop, most of the work put into the unit was done in-house by the Sanckens, friends and shop staff.

More views on the unit are in the slider gallery below. Enjoy.