Military tribute truck draws on the ‘winged knights’, the Husaria, of Poland’s history as inspiration

Owner-operator Jerry Stetz has been trucking roughly since shortly following the time he first emigrated from Poland to Chicago in the mid-1990s, working first for a time as support staff at O’Hare airport. After plenty time spent learning English, he worked as a company driver for six months’ worth of learning the trucking ropes, after which “I bought my own” truck and has been running as an owner-operator ever since, he says.

Now based in Florida with his wife and children, who followed him after a time to the United States and are citizens today, Stetz brought the power unit anchoring his trucking business to Washington, D.C., in October as part of “That’s a big 10-4 on D.C.” on the National Mall, where he spoke to positives he saw to his participation in the event, principally an expression of unity he feels with other drivers. 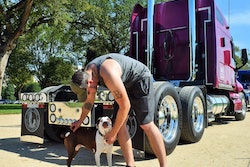 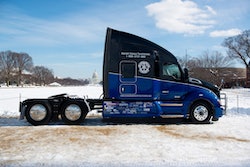 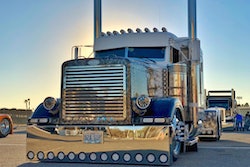 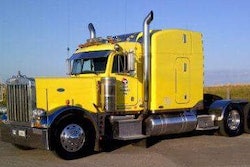