Owner-operator Bryan Hutchens pulls a step deck primarily hauling overdimensional loads in support of oil and gas operations. He keeps to, in large part, the four-state area (Texas, Oklahoma, Arkansas and Louisiana) out of his home base in Ardmore, Okla. We caught up with him, as regular readers will know, during That’s a Big 10-4 on D.C. last month on the National Mall, an event in which he played an organizational role this year.

Hutchens’ Generations Express independent business builds on his youth in a trucking family, wrenching on motors similar to the Cat 3406E in this 1996 Peterbilt while his parents hauled reefer freight out of California to various parts. Hear more of our talk with the owner-operator via last week’s edition of the Overdrive Radio, podcast, where you can also catch a few views of the 1996. For the panorama on it, take a run through the video above detailing the truck, purchased about three years ago, and the basics of the business. 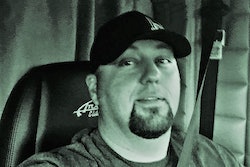 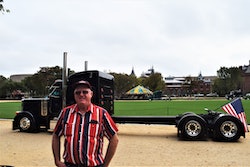 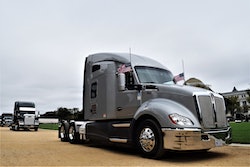 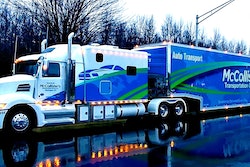