Deven Davis, a company driver for Rolstad Farm out of Sisseton, South Dakota, grew up around trucking with his parents and grandparents working in the industry. As of the Guilty By Association Truck Show in September 2021, he had been on the road himself for seven years.

"It was in my blood, and it was my calling," Davis said of trucking. "I love every bit of it."

Davis showed the 2018 Peterbilt 389 he drives for Rolstad at GBATS last Fall. He hauls a variety of freight with the truck, mostly on a step deck, and typically tries to stay in the Midwest region, but he runs out to California a good bit, too.

The eye-catching Corvette Blue truck is the fleet's primary over-the-road truck. Rolstad also has a darker blue 2014 389 glider that pulls a livestock trailer and a 2005 Peterbilt 379 that's the same Corvette Blue as Davis' rig.

Rolstad bought this truck like it's seen in the video above about two months before GBATS. 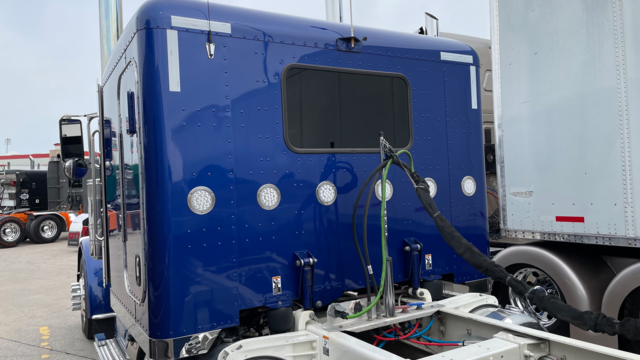 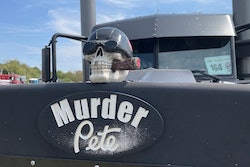 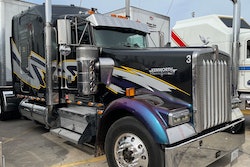 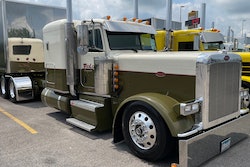 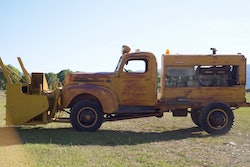