The California Highway Patrol is proposing to adopt the federal electronic logging device mandate for intrastate carriers, with a few exceptions.

California is one of only two states that has not yet adopted the federal ELD rule for intrastate carriers. According to J.J. Keller, Wisconsin put out a proposal to adopt the regs in June, but a final rule has not yet been published.

Currently, California regulations do not require an ELD as the method for preparing an intrastate driver’s record of duty status (RODS), and are subsequently not compatible with federal regulations, CHP said in its proposal.

With a large intrastate-only population of carriers, the change could be a big one for a large number of hauling businesses.

California’s proposed intrastate ELD mandate is in line with federal rules, with some exceptions to required ELD use:

Additionally, intrastate drivers of the following vehicles are not required to keep logs in California, as long as the carrier can provide documentation of their total time worked and time of reporting on- and off-duty each day for six months:

CHP is accepting written comments on its proposal through Dec. 19. Comments can be emailed to cvsregulations@chp.ca.gov, faxed to (916) 322-3154, or mailed to:

Additionally, no public hearing has been scheduled, but written requests for a public hearing can be submitted to CHP no later than 15 days before the written comment period closes.

Bray with J.J. Keller said once the proposal's comment period stage is complete, CHP will review any comments received and develop a final rule, which will then need to be published with a compliance date included.

“The bottom line,” Bray said, is “it will not happen for a little while. In some cases, this process can take a year or more.” 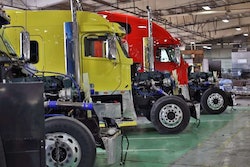 POLL: Are you running an ELD-exempt glider kit? 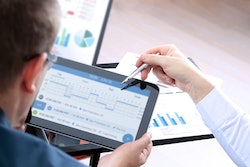 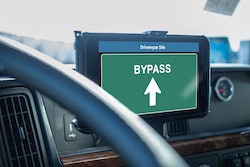