“I’ve never driven an automatic,” says Bo Hudson, an owner-operator who runs tankers nationwide. “I can see how they’d be a good option for fleets that can’t find experienced drivers and help keep them out of tight spots where they’d tear equipment up.”

Hudson prefers an 18-speed manual with a splitter because it gives him better control over tanker slosh. “That’s a feel that comes with experience,” he says. “No computer can predict slosh and act in advance to minimize it.”

Still, Hudson would like to test-drive an automatic and see for himself if they can live up to the hype. “I’ve talked to a few drivers that have them, and they say they wouldn’t have anything else,” he notes. “They get a little bored sometimes, but they love them.”

Alabama-based owner-operator Tom Hubbard says that although he’s never driven an automatic, he definitely would look at one if he was considering buying a new truck.

“I’ve been driving for 25 years, and I feel like I’ve got more control over the truck with a manual gearbox,” Hubbard says. “On the other hand, the way traffic is now with so much congestion and construction work going on, I can see that an automatic would really be a help. Driving in those conditions puts a lot of strain on both the driver and a manual transmission.”

Green Bay, Wis.-based owner-operator Jeff Adams already is a full-blown convert: His new Freightliner is equipped with Detroit’s new DT12 automated manual transmission. “I’d have no problem going back to a manual if I had to – but I’d rather not,” says Adams, adding that as far as he’s concerned, his AMT simply is better than a manual in every way.

“It shifts faster than I can think, and it’s very logical,” he says. “Even with 80,000 pounds behind me, if conditions are right on a downward grade, it knows right off to start out in fifth gear. Those concepts are alien to a lot of drivers – even experienced ones.”

The biggest benefit, Adams says, is fuel economy: “Fuel is my biggest expense, and now I get the best possible fuel economy all the time.” His favorite feature is the Coast mode: If a truck is on a downward slope at highway speeds, the AMT senses that and shifts into neutral to save fuel, and then slides back into the correct gear when needed.

Adams says he started out logging 7.4 mpg running the AMT, and those numbers have improved. “I was a fairly consistent 6.7-mpg guy with a manual transmission,” he says. “Today, with the AMT, my standard is 8.5 mpg, and my best-ever tank was 8.7 mpg. I think there’s still room for those numbers to go up.” 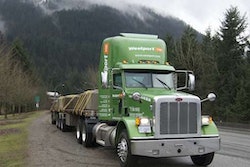 Getting 140,000 pounds up a mountain on natural gas: Done and done 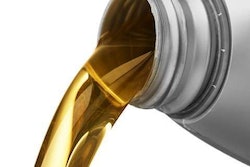 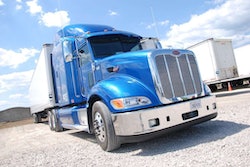