Despite being home to many companies involved in developing autonomous trucking technologies, heavy-duty trucks are currently prohibited from testing or deploying in California.

California has permitted public testing of autonomous commercial vehicles trucks since 2019, but there is a 10,000 pound weight limit. That, however, may change.

AVIA was a signatory on a letter sent to to Governor Gavin Newsom in June, joined by more than 30 AV developers like Aurora, Embark, TuSimple, Plus, Uber Freight, Volvo Autonomous Solutions, Waymo, and trade organizations, noting that it it's been more than a decade since legislation enabling autonomous driving originally passed, "and over this period, there has been no movement for autonomous trucking regulation."

The workshop will be held Jan. 27 at 9 a.m. at California State University Harper Alumni Center.

The state's regulations currently have California mostly sitting on the sidelines as autonomous tech companies increasingly forge freight-hauling partnerships and clear safety hurdles on a path to commercial viability.

Uber Freight and Volvo Autonomous Solutions (V.A.S.) kicked off late last year a multi-phase commercial and technology partnership to deploy Volvo’s autonomous transport solution on the Uber Freight network. Uber Freight will be one of V.A.S.’s first customers to pilot its hub-to-hub autonomous offering. As a part of the partnership, V.A.S. will offer autonomous freight capacity to Uber Freight shippers on select routes, starting in Texas.

Aurora Innovation recently released the latest version of its integrated hardware and autonomy system to its autonomous trucking fleet in Texas, inching closer to commercial launch while it continues to increase weekly hauls of freight for pilot customers like FedEx, Uber Freight, Werner and Schneider.

Union Pacific Railroad – the largest Class I railroad in the U.S. – became the first customer to move freight on TuSimple's fully-automated trucking route between Tucson and Phoenix, Arizona metro areas this Spring. 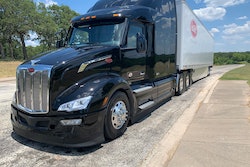 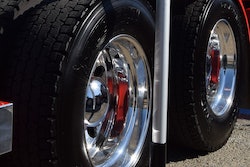 POLL: What tire size is on your tractor? 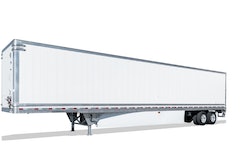 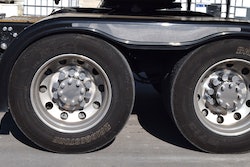 Rumors of the death of the 24.5 tire have been greatly exaggerated