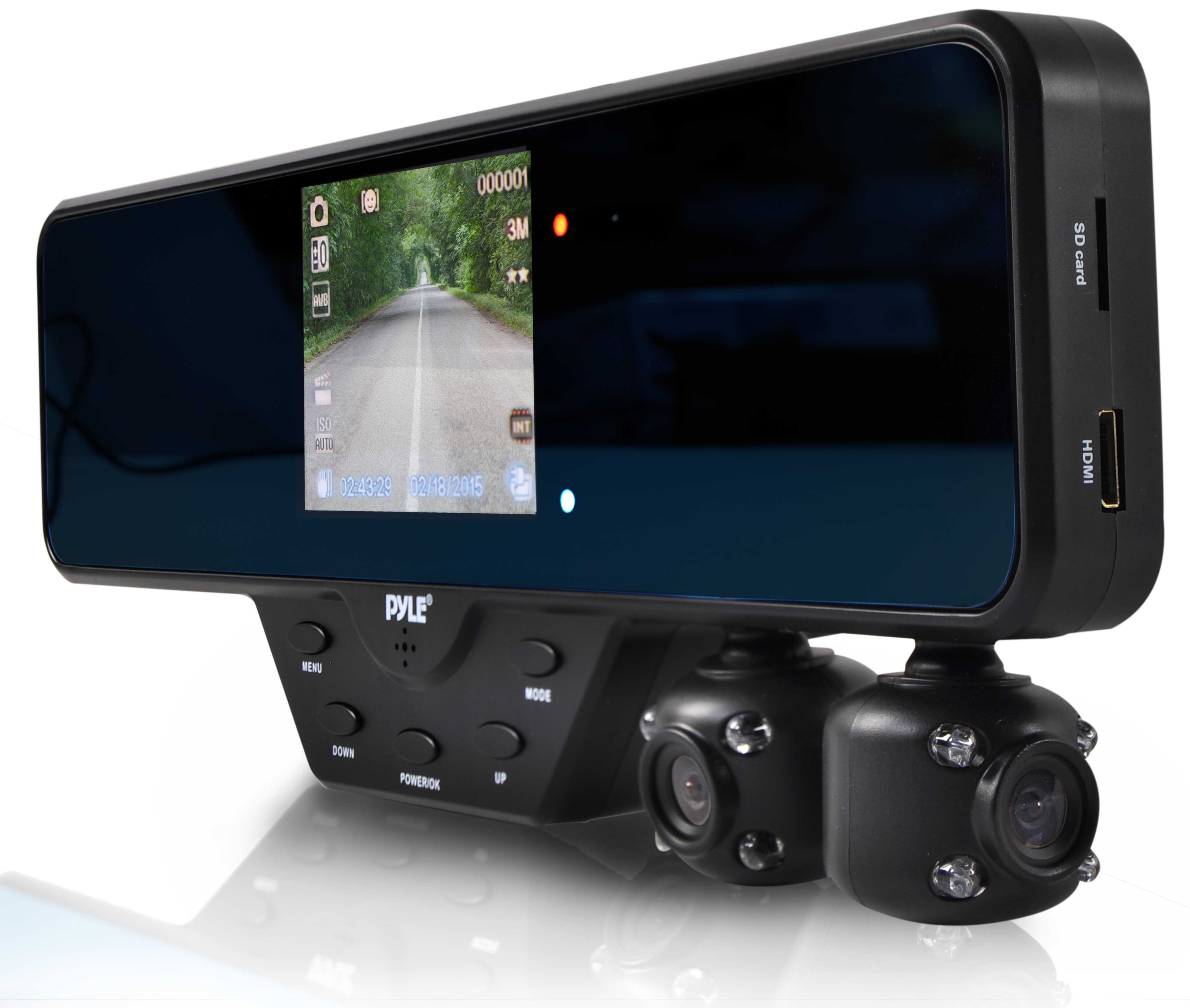 Pyle Audio’s Dual Camera & Monitor DVR System is designed to mount on the existing rearview mirror, allowing for positioning the two swivel rotating cameras for hi-resolution photo and full HD 1080p video and audio recording, with one camera aimed forward and the other aimed toward the rear windshield. The system features extra-wide 120-degree viewing angle camera lenses, 4x digital zooming, continuous and loop video recording, night vision recording and the option to include a date and time stamp on video and photos. Also included is a built-in 3½-inch LCD display screen, which may be hidden for standard rearview mirror viewing. The Picture in Picture ability is designed to allow drivers to record video simultaneously in both directions. A power outlet adapter and USB charging cable is included, and a micro SD card slot and micro HDMI connector port allow users to save and share road incident footage on both Mac and PC.

Winter Challenges: Be alert. Be aware. Most of all, be prepared

Fall brings with it a selection of new gear and gadgets