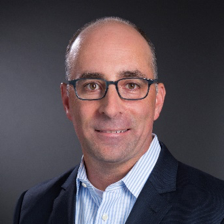 Matt ReillyRandall-Reilly has named Matt Reilly as its CEO, charged with continuing the 87-year-old company’s trajectory of growth and technology innovation.

An experienced business leader, Reilly succeeds Brent Reilly (no relation). After nearly a decade in the role, Brent is leaving the leadership of Randall-Reilly in Matt’s capable hands in order to become a full-time board member of the company and spend more time with his family, including his father, former CEO, Mike Reilly.

Matt is a three-time CEO who brings more than 25 years of relevant experience in technology and business services to his new role. Most recently, he led a data science company in the marketing technology industry. Before that, he served as division CEO and one of four named executive officers at a NYSE-listed company, where he doubled the size of his division during his tenure. Prior to that, Matt spent 11 years in various senior executive roles at Accenture, led its North American consulting business, played a key role in launching its digital services business and served as chief executive of an acquired firm.

“After Brent let us know of his decision, we took our time to find the right leader, someone who is a fit from both a business and corporate culture perspective,” said Jim Lindner, chairman of the company's board. “We’re confident Matt is the right person to continue Randall-Reilly’s track record of success.”

Matt began his career in the U.S. Navy as an engineering officer and department head. He currently serves on the Board of Advisors of Goizueta Business School at Emory University, and has published thought leadership on a range of strategic topics in outlets such as Harvard Business Review, the Wall Street Journal and Bloomberg BusinessWeek. He also co-led a yearlong strategic initiative with the World Economic Forum on the Industrial Internet and has appeared on Fox Business News TV and CNN radio.

“Matt’s demonstrated executive leadership, relevant industry experience and strategic vision will help steer Randall-Reilly as it cements its position as the leading B2B data company in the industries it serves,” said board member Josh Klinefelter. “We look forward to him making the same impact at Randall-Reilly as he has in his previous roles.”

“I’m excited to have the opportunity to lead such a dynamic company through its next phase of growth,” Reilly said. “I look forward to building on the data-driven platforms the company has developed to help our clients succeed.”

Departing CEO Brent Reilly added, “As a member of the Randall-Reilly board, I will continue to promote our vision and culture. Leading Randall-Reilly has been the honor of a lifetime. I look forward to the company’s continued success under Matt’s capable leadership.”