Teamsters’, safety groups' challenge of HOS changes on hold until April
A petition challenging the hours of service regulations that took effect at the end of September 2020 is on hold after a court granted a request by the Federal Motor Carrier Safety Administration to hold the case in abeyance.

The lawsuit was filed in the U.S. Court of Appeals for the District of Columbia Circuit by the Advocates for Highway and Auto Safety, the International Brotherhood of Teamsters, Citizens for Reliable and Safe Highways, and Parents Against Tired Truckers. The group asked the court to review the changes to the hours of service, calling the rule “arbitrary, capricious or otherwise contrary to law,” and challenged FMCSA’s authority to issue the rule.

Earlier this month, FMCSA filed a motion to pause the case to give the new leadership within the agency time to “become familiar with the issues and determine how they wish to proceed,” the request states.

The court granted the motion, putting the case on hold for 60 days until April 20.

In a letter to CDC Director Rochelle Walensky, the groups said the very nature of the trucking, truck stop and travel plaza industries allows a unique opportunity to have an immediate and meaningful impact on the distribution of vaccines to essential truck drivers and truck stop employees.

Utilizing truck stops and travel plazas as mobile vaccination sites would alleviate significant challenges that truckers currently face in receiving an expedient vaccine, the groups said. Many states, for example, currently require proof of residency to receive a vaccine, the letter noted.

The groups said drivers should be allowed to receive a vaccine in a state other than that within which they reside due to their length of time on the road and away from home. “Truck drivers also should be allowed to receive their second vaccination at a different truck stop location, as it is improbable that they would have the ability to return to the primary vaccination site on a specific date or time," the letter added.

“By administering vaccines through our nationwide network of locations, we can ensure the ability of our employees and the nation’s truck drivers to continue serving on the front lines of the fuel and food distribution systems across the country,” the organizations said in the letter. “Furthermore, by vaccinating truck stop employees, we can amplify the breadth and scope of vaccination deployment across the communities in which we operate. It is imperative that we protect those who are delivering critical supplies – including the vaccine – throughout the country. Allowing the truck stop industry, which provides the parking and other services drivers need on the road, to serve as mobile vaccination sites is the best way to meet this goal.”

Driver named Highway Angel for helping woman who hit deer
Bill Younger, a truck driver for John Christner Trucking, has been named a Highway Angel by the Truckload Carriers Association for stopping to help a young woman after her vehicle struck a deer late at night. 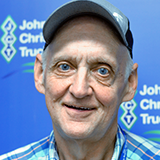 Bill YoungerYounger was driving along the Indian Nation Turnpike near Henryetta, Oklahoma, on Nov. 20, when a young woman passed him and soon after hit a deer that came up the embankment onto the highway.

He quickly pulled over, grabbed a flashlight and went over to the woman. He said the deer “did a number” on her vehicle, and the woman was scared.

“I’ve never saw a car (end up) like this,” Younger said. “It was all structural damage. She had a piece of plastic on the car, the structural cover, that went underneath the car. It was all ripped up. She asked if she could drive it. I got in there and had to bust it all out from under the car. It was probably four to five feet wide and five or six feet long. The bumper was fastened to it.”

Younger took the license plate off for her and then got under the car to check the radiator and hoses for leaks.

“She started it up and it ran real good,” he said. He then did a safety check. “She had a lot of structural damage, but we tested everything to make sure she could safely drive it.” He then followed her about 40 miles to Henryetta. “She called me when she got to her destination safely.”

For his willingness to help, Younger was presented with a certificate, patch, lapel pin and truck decals. His employer also received a certificate acknowledging their driver as a Highway Angel. 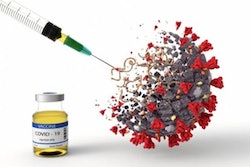