While John Ratzenberger’s voice is a character mainstay in all Disney-Pixar movies, most recognize him as know-it-all postal worker Cliff Clavin from the famous “Cheers” television series.

If anyone happened to walk into the middle of this interview and overheard the conversation, they might think Ratzenberger had slipped back into his iconic character, proudly boasting plausible half-truths and useless trivia.

“When you think of all the famous inventors, Benjamin Franklin, Thomas Edison, Leonardo da Vinci, well guess what,” Ratzenberger says. “Every single one of them didn’t learn what they learned from book learning. They were hands-on learners. Benjamin Franklin was a printer’s apprentice for his brother. Thomas Edison hung around the shipyard doing various things when he was younger and he asked questions. Leonardo da Vinci was an illegitimate child who grew up on a farm. They all grew up doing things. They didn’t grow up playing video games. We are running out of people who can do things. As a civilization, we are running out of people who can fix things.”

But this isn’t a Cliff Clavin monologue. Ratzenberger is dead serious about the shortage of skilled workers, which approaches 600,000 in the manufacturing sector, in the United States. When he is not lending his voice to the next Disney project, he is an advocate for skilled labor. And please – he doesn’t want to hear the term “blue-collar.” He adamantly refers to trucking and manufacturing jobs as essential jobs.

“If we run out of plumbers, that’s fairly serious,” he says. “If your sink doesn’t work and the toilet doesn’t flush, what do you do? We can do without actors or basketball players, but we can’t run out of plumbers or electricians or truck drivers because they are essential. I call them essential because we would miss them overnight if they disappeared.”

Ratzenberger, who is featured in the “On the Road with John” video series produced for Petro and TravelCenters of America, knows a thing or two about skilled labor. His father was a truck driver (Ratzenberger paid homage to his dad with his role as Mack, the Mack truck character in the “Cars” movies), and he framed houses before becoming an actor.

“I was a carpenter, and my dad was a truck driver and a pretty handy mechanic, too,” Razenberger says. “This is what builds civilizations; it’s not actors, writers or tap dancers. It was people who could make things. Manufacturing is to America what spinach is to Popeye. Without it, we are done. It is simple as that. We’re finished.”

How did we get to this point? Ratzenberger says it starts with the education system.

“We haven’t done any vocational training in the public school system for close to 30 years,” he says. “Children are graduating from high school without the ability to read a simple ruler, let alone know how to use a wrench or hammer.”

He continues that the problem is compounded with the keeping-up-with-the-Joneses effect. “Little Billy next door is going to get a four-year [college] degree and your kid wants to be a bricklayer and well, most parents today would be embarrassed by that,” Ratzenberger says. “Parents need to realize that my bricklaying kid is going to own his own hours by the time the neighbor’s kid gets out of college.”

For five seasons, Ratzenberger was the host of the “Made in America” documentary series on the Travel Channel. The show regularly featured American factories, and it was during this time that Ratzenberger become alarmed about the aging workforce in manufacturing.

“When we first started doing that we would visit a factory floor and I started noticing the age of the workers and I started asking questions,” Ratzenberger says. “I started asking the CEOs about the young people, and they would say, ‘Young people have no skills. They don’t know how to measure things or use any kind of tools.’ That used to be done naturally. That was just part of the middle school curriculum all over the country.”

Since then, he has become involved in several labor initiatives, including Mobile Outreach Skills Training, a fast-track skills training, recruitment, assessment and placement program done on site with companies seeking skilled workers; and Center for America, a nonprofit organization whose mission is to empower Americans to expand skills, entrepreneurship, prosperity and freedom.

Ratzenberger, who often mixes humor with his message, drives home his point with a sober reminder that we are not heading for a “cliff effect” with our current labor force woes. He says we are already at the cliff, and unless we produce more skilled workers, this country is facing a downward spiral.

“A third-world country is someplace you go and the lights may or may not work. That’s because they don’t have people with the skills for the upkeep of that particular system. That applies to sewer systems, water systems, electrical systems and on down the line,” Ratzenberger says. “What you’re facing in trucking is what we are facing in every single industry.” 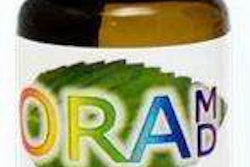 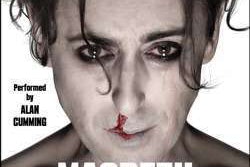 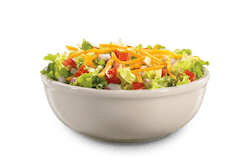