Michelle Mintling will never forget May 23, 2014. It was the day she had her first colonoscopy and began one of the toughest battles of her life.

Michelle and her husband Dennis are team drivers, leased on with Landstar. They’ve spent the last 9 years traveling the country together. They’ve hauled everything from baby diapers to military vehicles, and enjoy the freedom of the road almost as much as they enjoy the time they get to spend together while doing it.

Recently, the Mintlings were featured in the Mobil Delvac “Behind the Wheel” series. Their “To Have and to Haul” video offers a little personal insight into their lives together as a trucking family. In the piece, we meet Huck and Belle, their Boston Terriers, and get an idea of the tongue-in-cheek approach Dennis has to keeping a sense of humor while navigating both the road and his relationship with Michelle.

Dennis was the one who encouraged Michelle to go ahead and have a complete physical, with a colonoscopy, and while she wasn’t exactly thrilled with the prospect, they’re both thankful she did.

She originally didn’t want to spend the extra money, but in hindsight, if she had spent the money earlier, it would have been less expensive, both financially and physically, in the long run.

Colorectal cancer typically starts as a growth of tissue called a polyp, and begins in the inner lining of the colon and/or rectum. There are benign polyps, that pose no threat, but a particular type, called an adenoma, can develop into cancer.

During the first procedure, her doctor removed a questionable polyp, and sent the tissue for labs. Michelle received a call a week later, with the news that she had cancer. Another colonoscopy to tattoo the spot where the first polyp was removed was necessary, so the surgeon would know where the cancer was, and could remove that part of her colon. The next day she was in surgery for colon re-sectioning and spent a week in the hospital. During the colon surgery, some of her lymph nodes were removed, tested, and it was discovered the cancer had metastasized into her lymph nodes. She was officially diagnosed with stage 3 colon cancer. A chemotherapy port was surgically implanted and she began the first of 12 rounds of chemo.

When discovered early, colon cancer is highly treatable, even if it has spread to the lymph nodes. Surgery, followed by chemotherapy, has a high success rate. The key is early detection.

Michelle spent a large portion of 2014 off the road, receiving chemotherapy treatments. While she remained at home in Texas, Dennis had to go solo on the road, and being apart while he supported their family was one of the biggest challenges they faced. The transition from a married team to a long-distance relationship took some time to adjust to.

Keeping a positive attitude was her focus. She was fortunate that the chemo treatments didn’t make her sick, and her blood counts always remained in normal ranges.

December 31, 2014, was the day Michelle not only got her clean bill of health, but also passed her DOT physical and was cleared to drive commercially again. She and Dennis are taking it easy for a minute, and enjoying the fact they can travel and be together daily again. Their little family has been reunited on the road, and they couldn’t be happier about it.

They’ve started a Facebook group, Trucker Stops, that has a corresponding website. The focus is for people to post what they do to enjoy life when they’re not driving. Their goal is to have a database for people to refer to when looking for fun stops along the way – places you can either get to in a big truck, or wouldn’t have a hard time parking close to. The past year has been difficult, and has helped the Mintlings realize how important taking time out to enjoy life really is.

The Blue Star has been adopted by major groups in the colon cancer community to represent the memory of those lost to the disease, and the shining hope for a future free of it. It’s purely coincidental that the Mintlings run under a similar blue star for Landstar.

March is Colorectal Cancer Awareness month, and a great time to schedule a colonoscopy, especially if you’re over the age of 50, have a diet high in fatty or red meats, are overweight, or suffer from a personal history of bowel disease. These are all factors that put you at risk, along with smoking, inactivity, and a family history of colon cancer. Remember, early detection is key in successful treatment. Michelle shared her story to promote awareness, and while there are many success stories involving treatment, there is still a mortality rate involved with the disease. Being proactive is the most important role you can take in your own health. 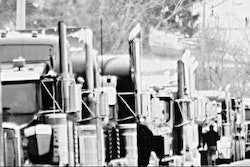 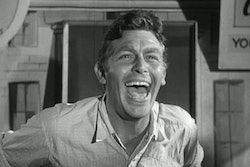 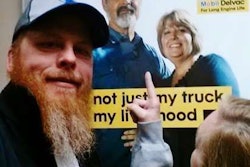