When and where to find this year’s trucking Christmas parades 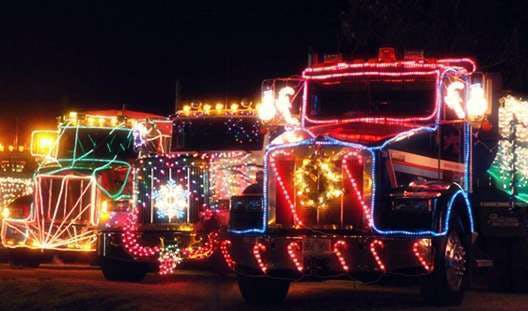 The KEKA Truckers Parade in Eureka, Calif., will be held Saturday, Dec. 12.

Northern California leads the nation in trucker Christmas parades, with the best-known launched in the late ‘70s with a truck convoy to the White House.

Eureka’s Christmas Trucker’s Parade has boasted as many as 89 entries, honking “Jingle Bells” as they travel the 7-mile route. Past entries have featured trucks lit with more than 40,000 lights to illustrate subjects from flying fish to reindeer.

But its first trucker parade occurred after 21 local logging trucks traveled to the nation’s capitol in opposition to expanding the region’s Redwood National Park. The truckers attempted to give President Jimmy Carter a 17,000-pound peanut carved from redwood, which the former peanut farmer declined to place on the White House lawn.

Longtime parade coordinator Dale Bridges said after the truckers returned to the region, they began an informal tradition of parading at Christmas. Later, a Eureka radio station began organizing their effort, which KEKA – Eureka Broadcasting continued after it bought the station in 1991.

Trucks dominate the parade, but any vehicle may enter the event, which begins at 6 p.m. on Dec. 12. The event raises an annual $2,000 for a non-profit organization, and this year’s proceeds will benefit Shop With a Cop.

The neighboring city of Fortuna is home to the Electric Lighted Truck Parade, kicking off 6:30 p.m. Dec. 11. Entries are not limited to trucks and some participants decorate themselves in electric lights to walk in the event.

Meanwhile, Paradise collects non-perishable food items for local food pantries through its Truck Parade of Lights, set for 6:30 p.m. Dec. 5, and Gualala offers the first event in this category at 6 p.m. on Nov. 28 when the unincorporated community hosts its Lighted Truck Parade.

Fort Bragg’s Holiday Lights Parade, formerly the Lighted Truck Parade, is set for 7 p.m. on Dec. 5. Lighted truck and tractor parades were common in rural American to mark the end of the working year. In recent years, with protests against loggers and wanting to broaden the event’s scope, organizers changed the name.

By contrast, Oregon’s annual Timber Truckers Light Parade has celebrated timbering since 1993. While any motorized vehicle can participate, as many as 70 trucks have participated in past parades, some sporting up to 50,000 lights. Entry fees are not required and participants compete for cash prizes, driving from Riddle to Myrtle Creek at dark on Dec. 12. 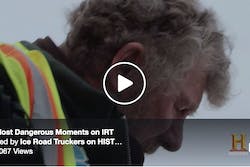 Watch: 11 most dangerous moments on this season’s ‘Ice Road Truckers’ 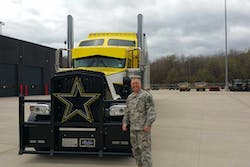 Veterans Day: Truckers thanked for their service in U.S. military 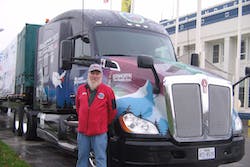 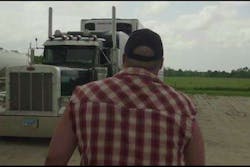 Life of a Trucker, No. 19: Trucker Mathew Jones under the microscope