Red Eye Radio will welcome appearances and musical performances from country artists Terri Clark, Kentucky Headhunters and Exile, as well as an appearance by Edgar Hansen from “Deadliest Catch” at the network’s booth at the Mid-America Trucking Show in Louisville, Ky.

MATS will be held March 31-April 2 at the Kentucky Exposition Center. Eric Harley, host of Red Eye Radio, will be on site to introduce attendees to the lineup of country music artists.

Terri Clark is an 8-time CCMA Entertainer of the Year and has sold more than 5 million albums. The Kentucky Headhunters have earned a Grammy award, CMA Album of the Year, two CMA Vocal Group of the Year awards, two top 10 charting albums and four consecutive top 40 hits. Exile formed in 1963 and has had 10 No. 1 singles.

Visitors to Red Eye Radio’s booth will also be able to register for daily drawings for CB radios, GPS units and more. 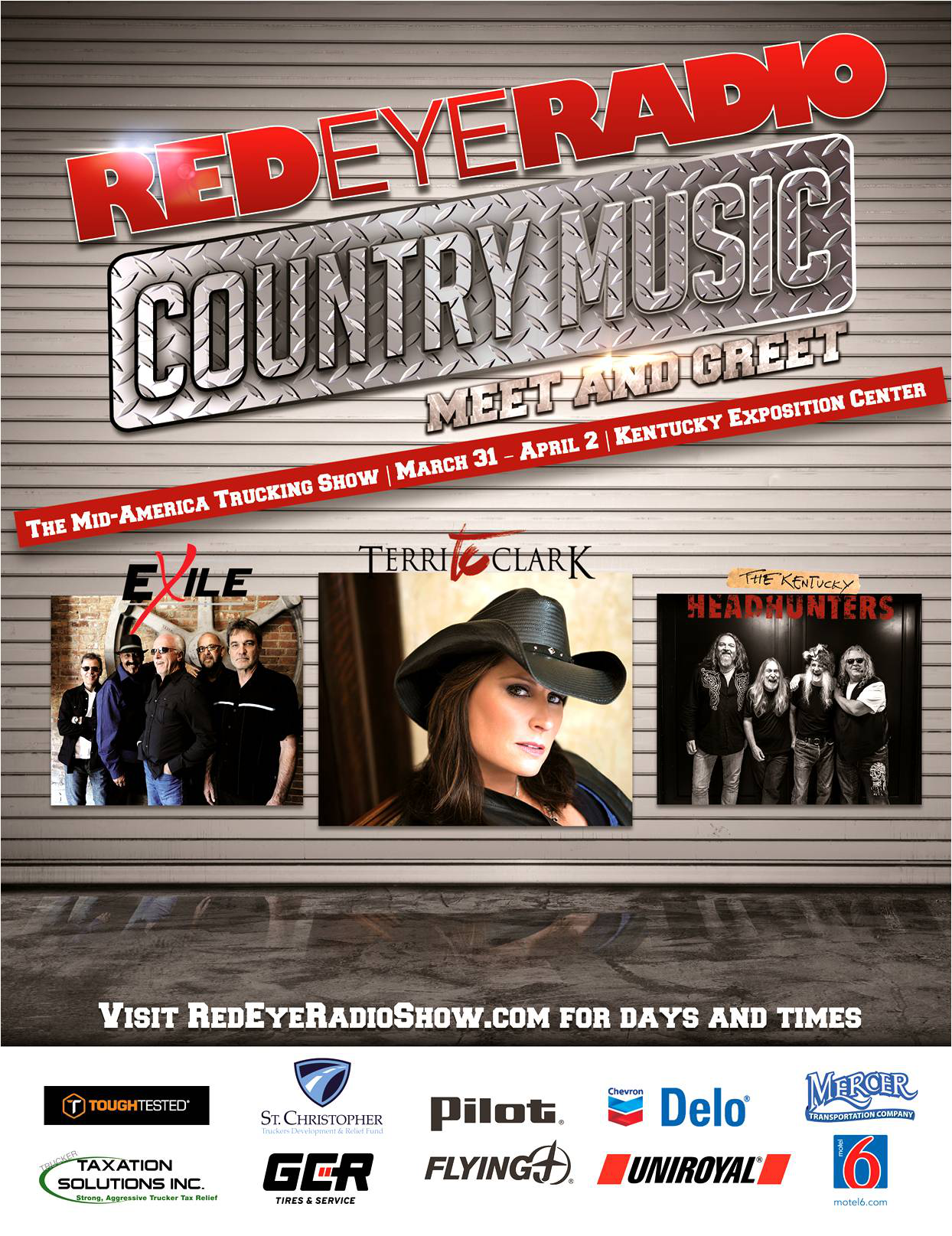