Previously in this series: Ride with Pride: With changing times, LGBTQ truckers move more confidently in spite of lingering harassment

The fear of harassment, and even violence, is ever-present for many LGBTQ truckers. In an industry that’s traditionally reflected a hyper-masculinity, Balay says gay men and trans women report the greatest sense of perceived danger. Truck stop parking lots, restrooms and showers are areas of concern for most LGBTQ truckers, including Durh.

She dresses like a woman, but when she enters a women’s truck stop restroom late in the day, she’s worried about her five o’clock shadow. She says she’s “had dirty looks from cashiers and other truckers in the bathrooms. All the bathrooms are single stalls, but going in and coming out is worrisome. Same with using the showers — you never know.” She parks as close to the building as possible and tries to arrive before dark.

Even though trucking has been good to him, Bobby Coffey-Loy says he and his husband, Ricky Coffey-Loy, are always on high alert at truck stops and try to keep a low profile. “Doing simple things together is not easy for us,” he says.

They’ve been together for 11 years and married for three. The two are sons of truck drivers and started out driving over-the-road as a team. Now they drive regionally as company drivers for Expeditus Freight, based in Sylvania, Ohio.

While they feel welcome in the Expeditus corporate culture, that acceptance is sometimes lacking elsewhere. Once, after leaving a truck stop in California, they realized they kept having to adjust their brakes, so they finally went to a service shop. “The mechanic explained that someone who knew what they were doing had expertly unadjusted the chambers and brakes,” says Bobby Coffey-Loy, marketing manager and site administrator for the LGBT Truckers Facebook Group. “It was only a matter of time before we would have wrecked.”

“We’ve had places where nobody cares what we do and others where we have been informed that the showers are only for singles,” he says. “When I explain that we are married, it doesn’t seem to change their minds, even when I point out heterosexual couples entering together. It’s embarrassing.” Lately, he’s spotted shower signs saying, “Singles only.”

Using the men’s room can be a challenge as well. “It’s pretty obvious that I’m gay,” Coffey-Loy says, so he occasionally gets dirty looks and frequently is harassed by truckers who think he’s open to hooking up just because of his appearance.

While Durh and Coffey-Loy report that they receive rare acts of kindness from truck stop employees, some of the ones they wanted to recognize declined to be interviewed for this story. Four of the five chain and independent truck stops contacted by Overdrive issued brief statements in support of nondiscrimination or declined to respond.

Tom Liutkus, senior vice president of marketing and public relations for TravelCenters of America, which also operates Petro truck stops, elaborated on his company’s policies. “The transgender guest should use the restroom of the sex they identify with,” he says. “Showers are individual and have system locks for privacy. So there are no isolated ‘male’ or ‘female’ showers.” Liutkus says he’s not aware of complaints regarding use of restrooms or showers by transgender individuals.

“I do believe that all businesses are adapting to the need for transgender awareness and offer flexibility,” he says. “Our employees go through harassment prevention training modules so they can be more aware of not only guest diversity but also employee diversity of all types. At the end of the day, everyone wants to be treated with respect and with kindness.”

Next in this series: Industry attitudes about LGBTQ truckers evolving for the better 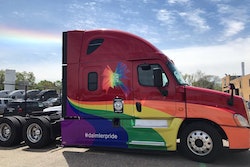 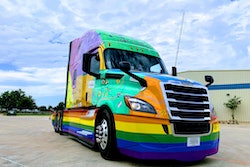 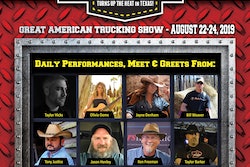 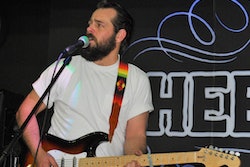