The twist in year-end tax planning

Now that the election has passed, Congress can be expected to stiffen its backbone and vote on whether to extend the Bush-era tax cuts. Everyone has an interest in the outcome, but owner-operators have a more immediate stake in lieu of year-end tax planning.

The standard advice is to accelerate deductions and defer income. This reduces taxable income for the present year by pushing some into the coming year. There’s no net gain beyond benefits suggested by the Economics 101 maxim that $1 today is worth more than $1 a year later.

This year could be one to reverse such advice, and the gain would be more tangible. If Congress doesn’t extend the tax cuts, in effect raising taxes for 2011, it will make more sense to defer expenses into 2011 and accelerate income into 2010. The idea would be to cram taxable income into the period when tax rates are lower, and reduce income that’s subject to higher rates, notes Mark Miller, tax manager for Denver-based owner-operator financial services provider ATBS.

Assuming Congress neither extends the tax cuts nor tinkers with the brackets, the lowest current bracket, 10 percent, will go to 15 percent next year. That’s a 50 percent tax hike.

“I find a lot of our guys are in that bracket,” Miller says. “Everybody’s first chunk of income falls into that bracket.” Many other owner-operators fall into the next bracket, 15 percent, that would rise to 28 percent next year.

Congress could refrain from extending the tax cuts, but then change the bracket percentages or the levels at which they kick in, especially to help lower- and middle-income voters. The 10 percent bracket now covers income up to $8,375 for single filers, $16,750 for married filing jointly. The current 15 percent bracket applies to income above those levels, up to $34,000 for singles and $68,000 for married filing jointly.

There isn’t much an owner-operator can do to accelerate or delay trucking income, but deductions are another matter. The timing of a truck purchase or any major year-end expenditure should be viewed in light of taxes. The decision to buy before or after Jan. 1 could make a difference of hundreds, even thousands of dollars in taxes.

Follow what happens in Washington, D.C., presumably before Congress’ holiday recess, to see what strategy is best for you. 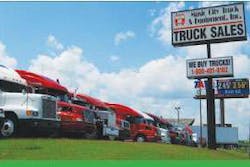 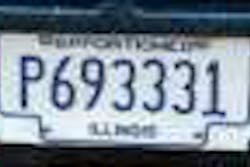 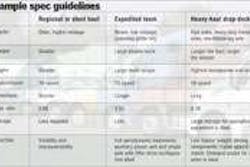 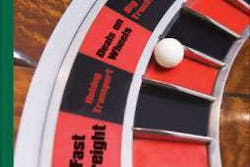