I normally don’t use this blog to talk about a product, but it’s hard to ignore a tool marketed to truckers that has captured the attention of zombie enthusiasts as well. That’s right – fans of the undead.

The Trucker’s Friend is a multi-tool, which include a large curved axe, a hammer, a nail puller, a spanner, a pry bar, a lever, a tire chain hook, a wire twist, a debris remover and a shank. It looks both sturdy and a little barbaric.

Marvin Weinberger, inventor-in-chief at The Innovation Factory, says the Trucker’s Friend is actually a redesigned and remanufactured tool of the same name that had a short market run a few years ago.

“It was originally invented by an immigrant who is now in his 90s and lives in Idaho,” Weinberger says. “It was on the market five or six years and the inventor designed it with truckers in mind.” While truckers liked the original Trucker’s Tool concept and design, Weinberger said it was made in China with inferior materials, and it easily broke.  “It came and went because of that,” he says.

Weinberger discovered an old Trucker’s Tool on a remainders rack that had originally carried the product. Weinberger tracked down the original inventor and worked out a deal to reintroduce the Trucker’s Tool with better materials and an improved design. It is also now made in the United States. It also has captured the attention of more than truckers.

“When we started marketing recently online, we were surprised to find out that many of the people who were buying it were firemen,” Weinberger says.  Because of the interest of firefighters, the company has recently introduced a version of the tool with more firefighter specific features like a special wretch for shutting off gas lines in front of residences and businesses in an emergency.

But what about the zombies? Several websites that have reviewed the Trucker’s Friend, including the Denver Post, put their own apocalyptic spin on the medieval-looking tool.

“I would like to say that it was keen marketing on our part,” Weinberger jokes. “It wasn’t designed to be a battle axe, but a lot of the zombie enthusiasts are survivalists and outdoors people and they appreciate the fact that it is really good for camping and hunting.” 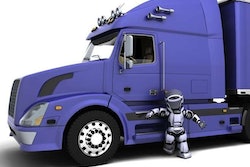 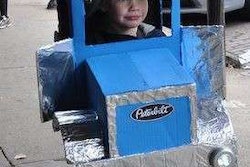 Dressing as a Peterbilt for Halloween 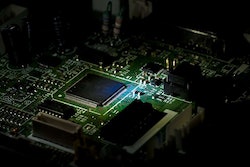 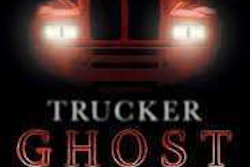